Why the US and Russia Should Support the EU-Armenia Agreement

December 5, 2017 – The European Union (EU) and Armenia signed a Comprehensive and Enhanced Partnership Agreement (CEPA) on November 24, 2017, in the presence of high representatives of both parties. 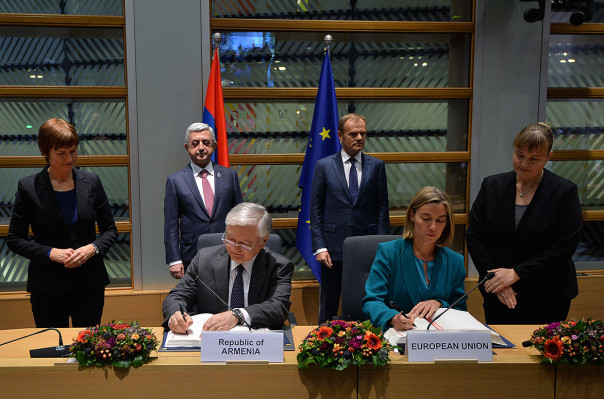 The US and Russia should support this agreement because Armenia lies along the geopolitical fault lines of two civilizations: the East and the West, Europe and Asia, Christendom and Islam. This agreement enhances the neutrality of Armenia and the security in the region.

The EU will be supporting democratic reforms in governance, the rule of law, the protection of human rights and fundamental freedom, the independence of the judiciary, and the development of public and social institutions in Armenia. CEPA also enables cooperation in the energy, transport, environment and trade sectors.  It also promises improvements in banking, travel and business infrastructures along with investment opportunities and a healthier environment. CEPA does not include free trade arrangements as Armenia is a member of Eurasian Economic Union (EAEU).

The road to EU integration enjoys broad consensus among Armenians in the political arena and civil society. Armenia chose this path because it is public knowledge that its discontinuation in 2013 of its newly-minted association with EU was due to clear warnings from Moscow that its security guarantees by Russia would be withdrawn if it proceeded with the association agreement. In fact, Armenia was the first country that experienced strong backlash from Russia in response to its negotiations with EU due to the problems in Ukraine.

Armenia signed this agreement knowing well that it needs the establishment of active bilateral relations with as many countries as feasible to overcome the risk of isolation and garner guarantees for its national security. One presumes that Moscow has been kept informed all along that Yerevan will sign such an Agreement.

Russia holds the keys to Armenia’s security which was solidified by the November 2016 Agreement on the creation of Armenian-Russian Joint Military Forces. Russia also holds the key to the Karabakh issue and energy policies, given the Armenian-Russian gas agreement signed on December 2, 2013, substantially limited Armenia’s options to devise an independent energy policy. Thus, CEPA is a huge step for Armenia to regain space for sovereign decisions and credibility with the international community.

However, the Russian press, a highly centralized and censored media, reacted negatively to Armenia signing this Agreement. There is nothing in the Agreement that may pose any danger or create tension toward a third party. Armenia, with an improved social contact, a stronger and more independent judiciary and rule of law, fairer business conditions, and modern regulatory frameworks will be a catalyst between the two economic unions. Russian officials such as the Ambassador to Armenia agree with Mr. Zheleznak, a Russian politician of a ruling party who “…supports developing relations and cooperation with others on an open basis and in this context, Armenia is furthering its ties with both Russia and European Union…Wise and balanced policies being implemented in Armenia, that will allow for the greatest use of developmental potential that exists in Armenia.”

If this agreement, which includes duties, obligations and commitments succeeds, it will create opportunities to improve the quality of relations between the East and West. The countries within EAEU, lead by Russia, would equally benefit if Armenia becomes a bridge between the EU and EAEU countries, in trade and development, as this agreement is a test case for co-existence between EU and EAEU.

Similarly, the benefit to the West is best described by Daniel R. Coats, Chief of US National Intelligence, who states: “The main mediators of OSCE-Minsk Group, do not want the resumption of large scale military operation, as this does not meet national, regional and international interests. The European Union has huge economic interests in Azerbaijan, invested heavily in the country’s energy sector, fears that war between Azerbaijan and Armenia can lead to disruption of supply of oil bypassing Russia. US on the other hand, uses Georgia to pursue its interest in Transcaucasia. The more peace in the region, the more chance that Georgia may become a member of NATO.”

The Armenian-Azerbaijani conflict of Nagorno-Karabakh is one of the most destabilizing factors in the Caucasus involving regional and international powers. The April 2016 Azerbaijani attempt to break through Armenian defense lines had no effect on the situation as a whole. The present stage of the negotiation process has reached deadlock, politically and militarily. Politically, the conflict is not resolved because the positions of the parties are irreconcilable. War, on the other hand, is unacceptable to the political forces and interests of both regional and international powers. All parties know that the outcome of war is by no means certain. It will involve a huge number of victims and damage to civilian structures. 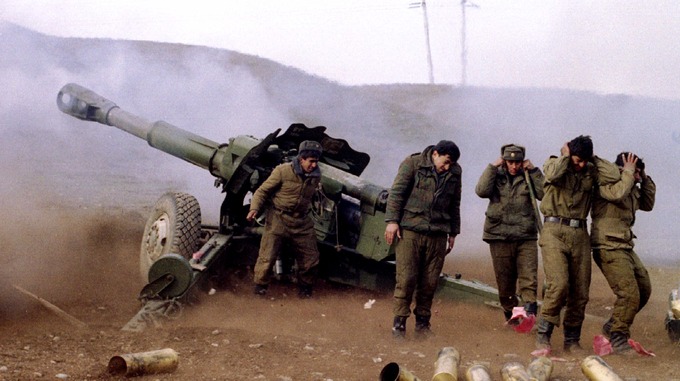 While Azerbaijan showed the world that it is willing to take the risk of resolving the conflict by military means in April 2016, it too needs peace in the region, despite its belligerent language in its relations with Armenia.

Armenia’s external foreign policy is carried out by establishing active, bilateral relationships with as many countries as feasible, and multilaterally, through participation in international organizations such as the EU and EAEU. Both these approaches are critical for Armenia to earn a measure of respectability in the international system.

The signing of the CEPA is a milestone for Armenia as it represents a compromise between the old Association Agreement of Europe and Armenia’s new commitment to a Comprehensive and Enhanced Partnership Agreement. The US and Russia should support the EU-Armenia Agreement (CEPA), invest in Armenia and help it to solve the Nagorno-Karabakh conflict peacefully. A prosperous, neutral Armenia, defusing the fault line of tensions and the clash of civilizations, will be a critical component of peace and development in the region and the world.