I write this letter with the hope that it will reach out to each and every citizen of Armenia and implore them to see Armenia from a perspective that takes into account the realities of the situation today. I hope it will encourage us all to remember that there are current issues of statehood which are of greater priority than placing blame and seeking revenge. If chaos ensues and the country’s rule of law is jeopardized, another loser in this process would be the people of Armenia and The Republic of Artsakh.

Before I begin assessing the facts and realities of Armenia’s position today, I want to acknowledge that many of the points I will raise may have been made at various times, by well-regarded members of the Armenian community, people like Eric Hacopian, Jirair Libaridian, Ruben Vardanyan, Noubar Afeyan, Daron Acemoglu, and others. My contribution to this important conversation will focus on not only what has happened, but on how Armenia can refocus itself on advancing the country. I should say, I do not pretend to have the answers or solutions to advancing the country. I would rather like to highlight the importance of transcending the current ethos of individualism for collectivism.

As a state, Armenia must decipher how it can best operate in the geopolitical system: at the heart of this, the attributes of statehood must be upheld. One thing is crystal clear to us all – without a realistic detached approach by experienced professionals on the current state of the nation, no leadership can hope to sustain Armenia’s statehood. Statehood does not have to mean a democratic, independent entity as some would like to consider Armenia, but rather, statehood is formed by a number of attributes that a country must actively uphold. To this end, Armenia must resist blind nationalism and the urge to point fingers, to place blame, and to spread needless hatred. We cannot keep looking over our shoulders for the knife in our backs. We must reorient ourselves to consider the unstable reality that Armenia currently faces.

Much has been said about the facts and realities Armenia is facing. Still, I present some of them here again as they are vital and therefore must form the basis of any conversation or analysis. 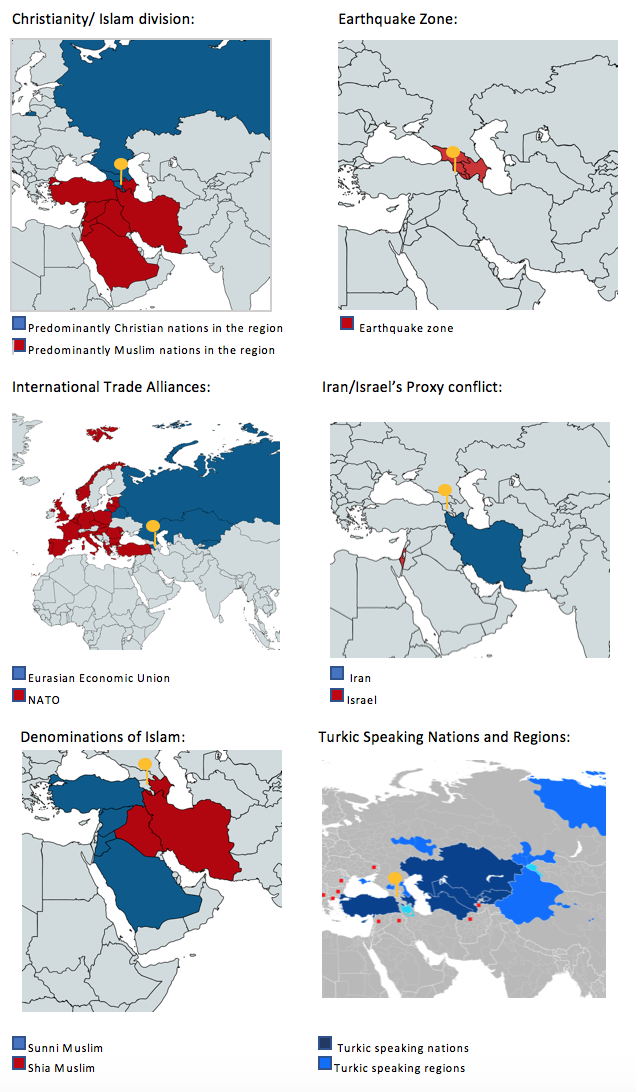 Keeping the above realities in mind, an honest assessment must be undertaken. One must analyze the importance of the ceasefire for Artsakh, and consider if there was any feasible alternative but to sign such an agreement, irrespective the governmental body in power. There should also be a candid analysis of the country’s military preparedness for defense and security over the last 30 years. It is vital to remember that a ceasefire is not a peace treaty or a final agreement; much is still subject to change at the will and whim of those involved. The ceasefire, if upheld, offers five years for Armenia to position itself in such a way that the negotiated peace can provide defended borders and security, and repair and rebuild the infrastructure it needs to secure a sustainable statehood. In any assessment of how Armenia should conduct  negotiations for peace, the current realities must be considered. Collective unity of major parties towards sustaining Armenian statehood is the only viable mechanism to finding a solution to the precarious spot in which the country finds itself.

It is natural to expect that when an organization has failed, the head of the entity will resign. It is similarly natural that the anger of the people, exposed to the complacency of the state over the last thirty years, will be directed at the face of the current government, Prime Minister Pashinyan. With this said, it is not an issue about individuals. One person alone will not solve this crisis as one person alone has not caused it. Nevertheless, if there is a change to be made in government, it must be done by way of the constitutional processes, or through a vote of confidence or no confidence process in the Parliament.

The outcome, and arguably the likelihood, of this war, should not have been a shock to those in power in Armenia had they carefully considered the changing geopolitical climate around the Republic of Artsakh. So much of the geopolitics have changed in the last ten years, especially relating to the US and Israel versus Iran conflict. Additionally, rapid changes in technology within the region continues to change in ways that have hinted at the threat to Armenia’s borders for some time. Those leading Armenia now and in the future must not shy away from these realities. To protect its statehood, Armenia must adapt with them.

The current government’s representatives, together with the opposition, have a choice: either they play politics and promote hate speech towards one another, weakening the state from within and therefore allowing the country to descend into chaos. Or, they allow an independent body to analyze the current situation and act as a facilitator for communication between these rival parties. This would create a plausible next step that is critical to sustaining statehood and bringing peace to the streets.

There is a profound hunger for true leadership in Armenia. There are tangible problems that must be dealt with: security, humanitarian needs of refugees and IDPs affected by the destruction and death of war, the rampant COVID-19 pandemic, ensuring the foundations of statehood and sovereignty are upheld, and the rule of law protected in this tremendously fragile and emotional time. These issues cannot be dealt with by tribal parties congregated around one person. More than ever, populism should make way for the serious considerations of statehood. No more fanning public sentiments and anger. The impending negotiations and conversations cannot be politicized; they must be earnestly focused on the future of Armenia while upholding statehood as the top priority.

Writing this plea as one of the founders of Zoryan Institute, I am urging the powers inside and outside the government of Armenia to consider this suggestion: bring together prominent representatives from the various factions of society into a committee for discussion. This committee will include government representatives from the past four administrations of the Republic of Armenia, including Levon Ter Petrosian, Robert Kocharyan, Serzh Sargsyan, and Nikol Pashinyan, each selecting a representative to join this committee on their behalf. For example, Levon Ter Petrosian may select Jirair Libaridian as a historian and former special envoy, whose experience and involvement in negotiations with various sides of this conflict on behalf of Armenia would be invaluable. I also suggest that this committee should include former and current presidents of Artsakh and their own selected representatives.

Further, I would suggest the inclusion of other professionals from across the diaspora. Possible names that come mind are Ruben Vardanyan (for the Russian-Armenian diaspora, one of the founders of Aurora Prize), Dr. Noubar Afeyan (as head of Moderna, bringing his immense scientific knowledge, specifically vaccination and pandemic expertise), Daron Acemoglu (renowned international economist whose input would be critical to the rebuilding of the economy of the state), and a long time career diplomat and representative of Armenia, His Excellency Amb. Armen Yeganian, whose knowledge would be a valuable contribution to bridging the gaps between Armenia and the nations where he served as an Ambassador. This committee will  bring other experts as they see fit to aid in their analysis in search for solutions. This group can then transmit their findings to the government and recommendations to their network worldwide, engaging the diaspora and mobilizing the support that Armenia desperately needs.

I urge the current government of the Republic of Armenia and all opposition parties not to waste any more time in forming such committees as described above. The country must assess the forces and factors that have shaped its current reality and create a plan to move forward. The sooner this can occur, the sooner Armenia can act on a plausible solution for statehood, bringing peace and stability for all Armenians.

The content of this article solely reflects the personal opinion of the author and does not represent the official position of the Zoryan Institute.