The Zoryan Institute’s unique role in investigating, documenting and reporting on earthquake reconstruction.

On this day, 28 years ago, at precisely 11:41 am, an earthquake reaching a whopping 6.9 points on the Richter scale struck the Republic of Soviet Armenia, affecting an area of 80 km in diameter and completely devastating the nation. Life in Armenia was drastically changed in a mere few seconds. Its impact continues to resonate today with dire consequences on Armenia’s nation building efforts since its independence in 1991. 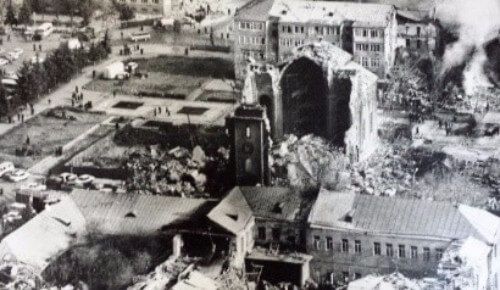 Due to the heavy criticism facing the former Soviet Union for failing to coordinate rescue work and to act promptly at the absence of contingency plans for disaster, the Zoryan Institute and a film crew from PBS was invited to investigate, document and report on the situation. The report focused on the international aid, its implementation and the corruption associated with it.

This devastating experience highlighted the need for new standards of reporting. The Zoryan Institute, as an academic international center for contemporary Armenian research and documentation, identified this need and sought ways to make its findings widely accessible to the international world. 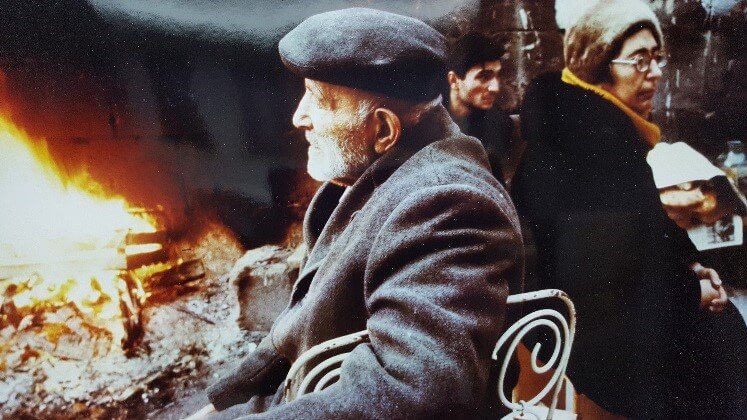 The impact of the earthquake in numbers:

The statistics shown here were presented at a conference titled “The Earthquake in Armenia: A Year Later” held in Paris in 1989. It was organized by the Zoryan Institute in partnership with the Academy of National Economy of the Soviet Union with the participation of Médicins Sans Frontières, Red Cross, and other major international organizations.

The scale of the destruction exposed the sub-standard infrastructure failing to meet the country’s civil construction codes and even possible corruption linkages. A follow-up conference on earthquake reconstruction was organized the following year in Yerevan. The details of the conference are available upon request from the Institute. 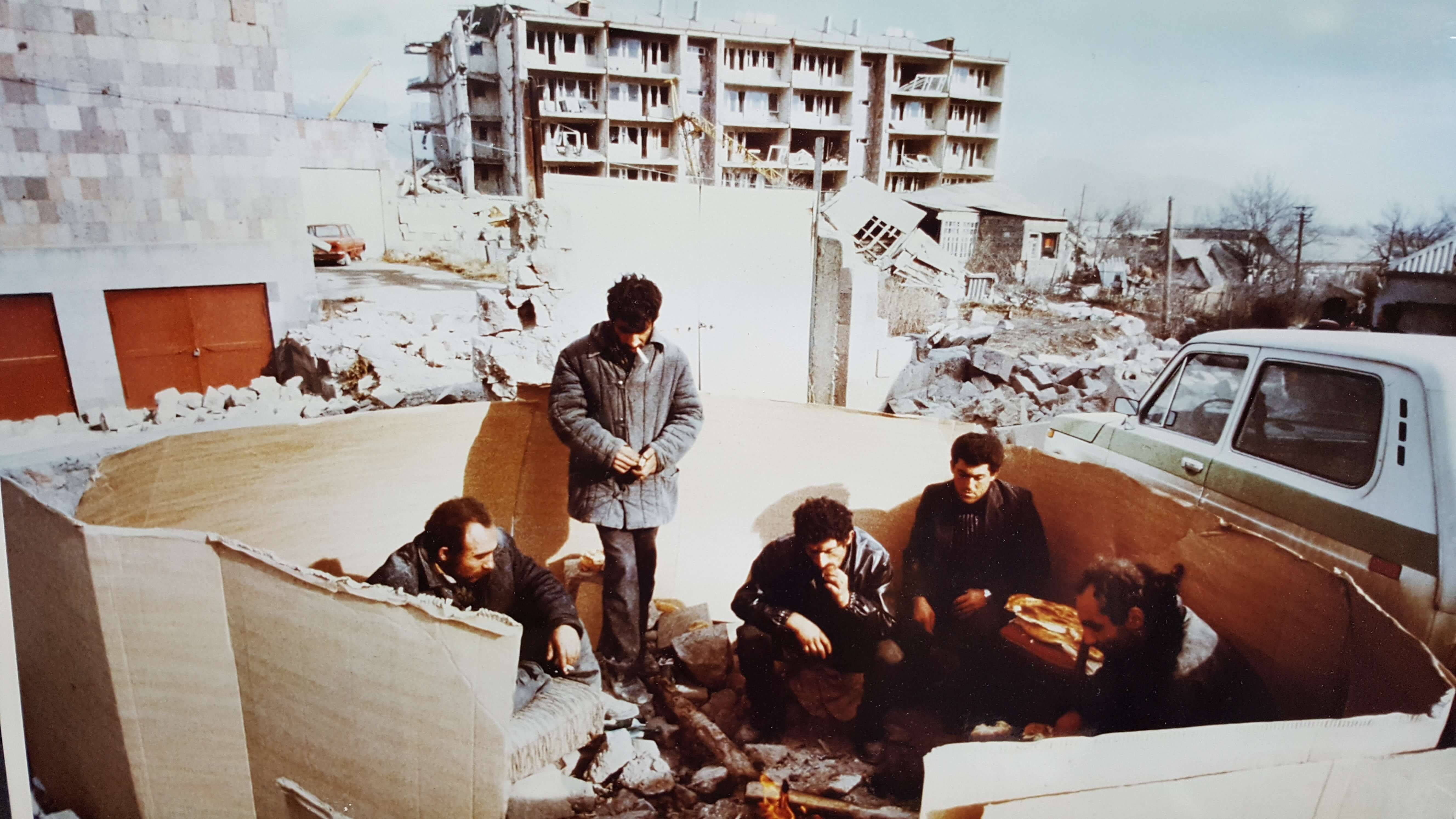 Economic Impact of the Earthquake in Numbers:
(International Bulletin for the Reconstruction and Development 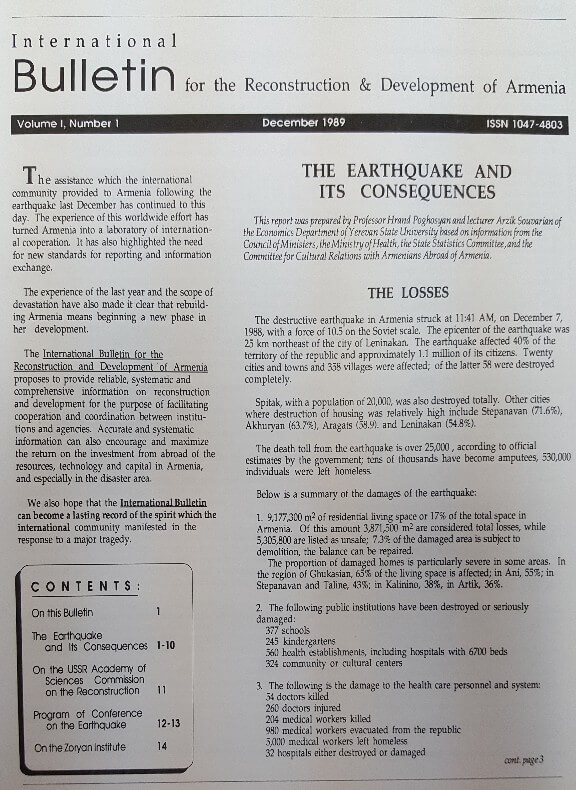 “The economy of Armenia was a disaster area in and of itself. Overcoming such challenges was critical for Armenian people who had a strong sense of their recent past, therefore of their future. They had a deep sense of the need to achieve more than mere survival. The Republic had great potential in its cadres, and they expected immediate assistance from the Diaspora communities because of their sense of commitment to the Armenian land and people. The goodwill of the international community, to rescue and support, was overwhelming. ”

– The International Bulletin for the Reconstruction and Development of Armenia, 1989