September 07, 2016 TORONTO, ON – Dr. Herbert Hirsch, Professor of Political Science at Virginia Commonwealth University, comments on New York Times article, “Syria’s Paradox: Why the War Only Ever Seems to Get Worse.” Dr. Hirsch is editor of GSI, published jointly by the University of Toronto Press and the International Institute for Genocide and Human Rights Studies (IIGHRS). Professor Hirsch uses the article to present a detailed analysis of the current situation in Syria to strengthen the article’s argument as to why there is no easy answer to put a stop to the atrocities. He states the following: 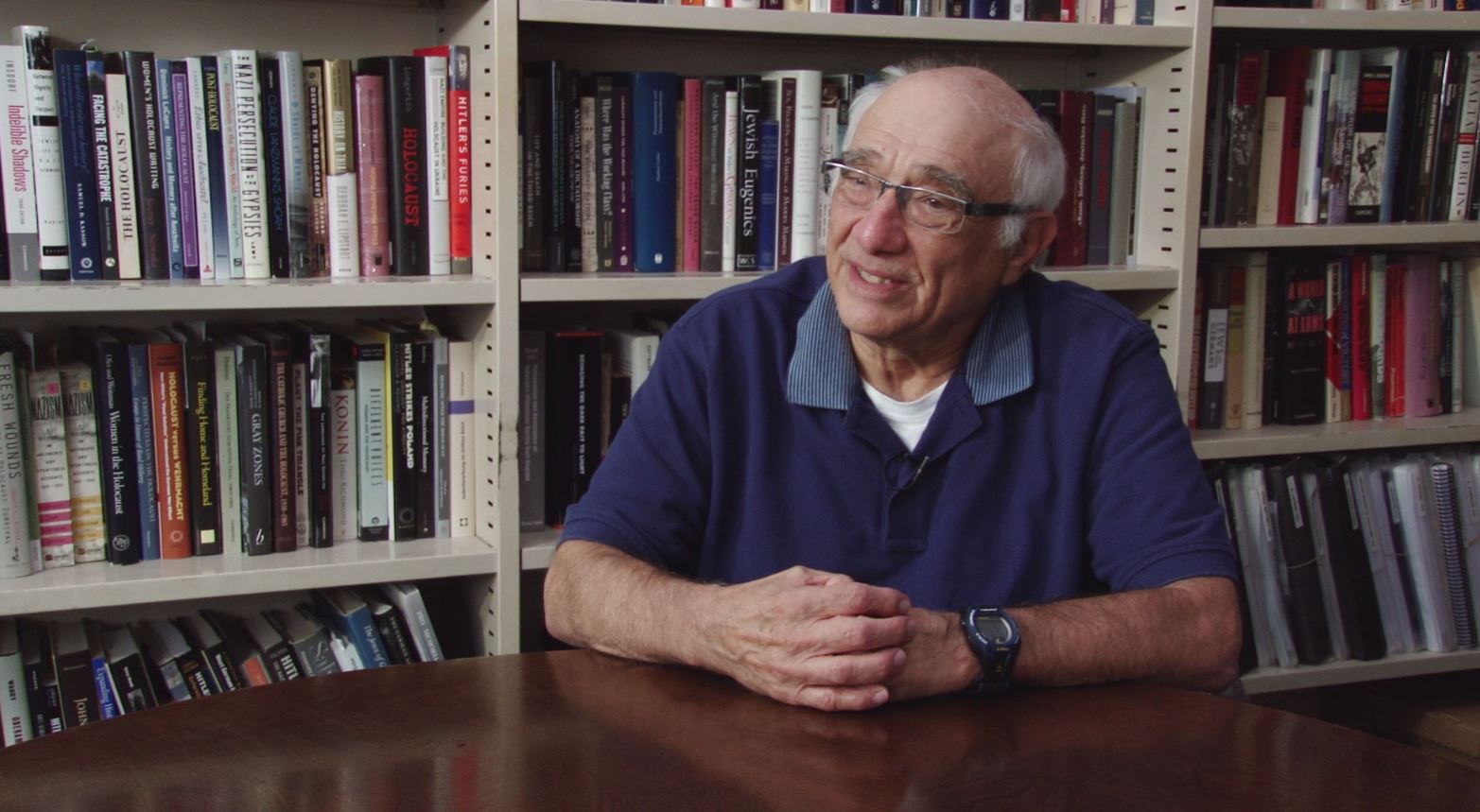 “The era of great wars fought by coalitions of large nation states has apparently given way in the modern era to ethno, national, religious wars fought by groups seeking power or pursuing a cause. During the period of the “Cold War,” from approximately 1945-1989 when the Berlin Wall collapsed, the world appeared to be a simple balance of power between the group of countries referred to as the “communist Bloc” and the “Free World.” After the collapse of the wall the world of international politics became much more complicated to be replaced by various civil wars or conflicts pursued on a smaller but still deadly scale. The atrocities in the Former Yugoslavia and Rwanda were paradigmatic examples of what appeared to be the new model of conflict, but was, in fact, a harkening back to older models. The inability of the international political system to prevent the atrocities and protect civilian populations was a central feature of these conflicts. The attention of the world appeared to be focused on this failure until the events of September 11, 2001, the terrorist attacks on the World Trade Center and the Pentagon, changed the focus from protecting human rights to fighting terrorism. Terrorism very quickly became the new focus and, in fact, any nation state which wishes to engage in activity repressing or attacking one or another group now refers to them as “terrorists.” Consequently, a new international instability was born which was much more complicated and difficult to understand then the old bi-polar cold war balance of power.

It was into this emerging situation that the United States decided to invade Afghanistan and Iraq and proceeded to destabilize the region. Of course, the existing dictators, in particular Saddam Hussein who had systematically exterminated portions of his population, in particular the Kurdish minority in Iraq, were nasty people who deserved to be removed from office but outside intervention rarely succeeds. In fact, the lesson of recent attempts to engage in regime change, in particular the United States failed efforts in Vietnam, demonstrated the precarious nature of such projects. Outsiders are more often seen as invaders and the invaded organize to resist that perceived invasion. It is in this context that one must attempt to understand the complicated situation in many parts of the world but, in particular, the ongoing civil war in Syria. Often the Western media present the ongoing violence, some estimate that 400,000 people have died in the present conflict, as simple and straight forward but this is decidedly not the case. In fact it is extremely complicated and defies any simple solutions.

The article from the New York Times demonstrates this complexity with great clarity and presents a perfect indication of the danger presented by simplified discussions concerning attempts to stop the atrocities. As the article notes:

“There is a basic fact about Syria’s civil war that never seems to change: It frustrates any attempt at resolution.

Despite many offensives, peace conferences and foreign interventions, including this week’s Turkish incursion into a border town, the only needle that ever seems to move is the one measuring the suffering of Syrians — which only worsens.”

The great tragedy of all atrocity crimes is the horrible suffering of the population and the great difficulty in somehow stopping the violence. Research clearly demonstrates that people in situations of great danger want one outcome above all: they want the violence to stop. It is also the case that in modern violence most of the victims are not combatants — they are not military. A writer by the name of Chris Hedges notes that in modern war it is far more dangerous to be a woman huddled in a basement with a child than it is to be soldier. This means that the focus on stopping the violence is very definitely the most important first goal and in this case it is also very difficult.

As one writer quoted in the article has pointed out, it is difficult if not impossible to find a similarly complicated conflict. Most of the time civil wars end when the parties get tired of fighting and peace is viewed as the best alternative by all sides. Yet, in the Syrian situation, as noted by the article:

“That might have happened in Syria: The core combatants — the government and the insurgents who began fighting it in 2011 — are quite weak and, on their own, cannot sustain the fight for long.

But they are not on their own. Each side is backed by foreign powers — including the United States, Russia, Iran, Saudi Arabia and now Turkey — whose interventions have suspended the usual laws of nature. Forces that would normally slow the conflict’s inertia are absent, allowing it to continue far longer than it otherwise would.

Government and rebel forces are supplied from abroad, which means their arms never run out. They also both draw political support from foreign governments who do not feel the war’s costs firsthand, rather than from locals who might otherwise push for peace to end their pain. These material and human costs are easy for the far richer foreign powers to bear.”

In short, the support of the various factions by outside forces prolongs the conflict and reconciling the various interests makes a peaceful resolution very difficult, or as noted in the article, no one can win and no one can lose. Additionally, these types of conflicts inevitably lead to atrocities or massive human rights violations. How genocide or human rights violations are stopped or come to a peaceful end is a very complicated question with no good answer. The Syrian case is so complicated with so many competing forces supported by so many various states and groups that it is impossible to be optimistic. As noted in the article:

“The only certain way to break the logjam is for one side to surge beyond what the other can match. Because Syria has sucked in two of the world’s leading military powers, Russia and the United States, that bar could most likely be cleared only by a full-scale invasion.

In the best case, this would require something akin to the years long American occupations of Iraq or Afghanistan. In the worst, invading a war zone where so many foreign adversaries are active could ignite a major regional war.

Another way that such wars can end is that one foreign backer changes its foreign policy and decides to withdraw. This allows the other side to win quickly.

But in Syria, because each side is backed by multiple foreign powers, every sponsor on one side would have to drop its support at the same time.”

There is little likelihood this will happen and the fact that there are no peacekeeping forces present means all sides fear that massacres will occur if one side were to triumph. What countries would volunteer to serve as peacekeepers when it is most likely that any forces would be viewed by some faction as invaders and subject to jihadi forces? In short, as theTimes concludes:

“According to a 2015 paper by Professor Walter and Kenneth M. Pollack, a Middle East expert, “Outright military victory in a civil war often comes at the price of horrific (even genocidal) levels of violence against the defeated, including their civilian populations.”

This could bring entirely new conflicts to the Middle East. They found: “Victorious groups in a civil war sometimes also try to employ their newfound strength against neighboring states, resulting in interstate wars.” This is not a drift that anyone wants, but it is the direction that Syria’s many domestic and foreign participants are pulling the country, whose darkest days may still be ahead.”

This depressing conclusion reflects the horrible reality of the Syrian tragedy. Back in the 1990s a former Secretary of State referred to the violence in the Former Yugoslavia as “the problem from hell.” He meant that it was not only complicated but not amenable to quick solutions. He was wrong about the Former Yugoslavia, but in the present Syrian tragedy we may be viewing the real “problem from hell.”

The Zoryan Institute and its subsidiary, the International Institute for Genocide and Human Rights Studies, is the first international centre devoted to the research and documentation of contemporary issues with a focus on Genocide, Diaspora and Homeland.

To learn more about the Zoryan Institute, please visit: www.zoryaninstitute.org.