June 22, 2020, TORONTO – YEREVAN – This Saturday (June 20) was The International Day of Refugees, and this year marks the 69th anniversary of the 1951 Refugee Convention.

The United Nations High Commissioner for Refugees (UNHCR) was created a year before the Convention, in 1950. Its primary purpose is to safeguard the rights and well-being of refugees. 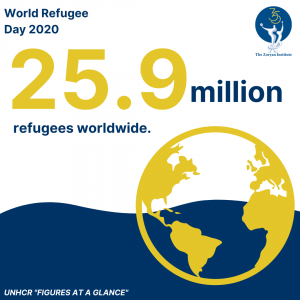 In its efforts to achieve this objective, the UNHCR strives to ensure that everyone can exercise the right to seek asylum and find safe refuge in another state, and to return home voluntarily. By assisting refugees to return to their own country or to settle permanently in another country, UNHCR also seeks lasting solutions to their plight.

According to the Convention and Protocol Relating to the Status of Refugees (1951, 1967), which enshrine fundamental rights and obligations, a refugee is someone who fled his or her home and country owing to “a well-founded fear of persecution because of his/her race, religion, nationality, membership in a particular social group, or political opinion. Many refugees are in exile to escape the effects of natural or human-made disasters.”

This international day of commemoration is designated to honour refugees around the globe.

It was chosen to be a time to celebrate the strength and courage of people who have been forced to flee their home country to escape conflict or persecution. World Refugee Day is an occasion to build empathy and understanding for their plight and to recognize their resilience in rebuilding their lives. 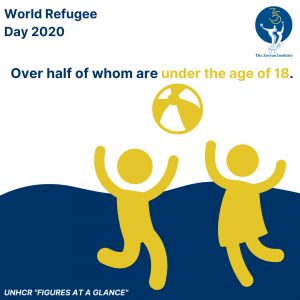 Unfortunately, the Armenian people also had a taste of the bitter fate of becoming refugees. From escaping the Armenian Genocide to modern-day refugees from Baku and Sumgait, as a result of violence in the region.

As we speak, there are an estimated 25.9 million people around the world currently considered refugees.

According to a 2016 Refworld Report, “Refugees, asylum-seekers, trafficked persons, stateless persons, irregular migrants and other non-nationals without legal status often experience situations of vulnerability – they are often exposed to heightened risks of harm and require special care, support, and protection.” 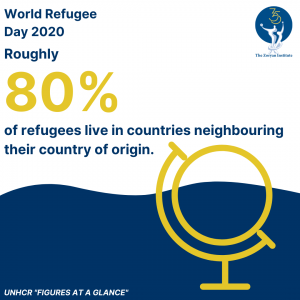 “… we need radical solutions, visionary leadership and global co-operation on a scale not seen for 70 years [the establishment of the 1951 Refugee Convention]. That involves setting up strong refugee systems: allowing people to apply for asylum, treating their refugee claims fairly, resettling the most vulnerable of all, and providing basics like education and healthcare.”

It is the Zoryan Institute’s view that the protection of refugees is firmly enshrined in the Convention and Protocol Relating to the Status of Refugees (1951, 1967) and that host countries must abide by and uphold the rights of these people.