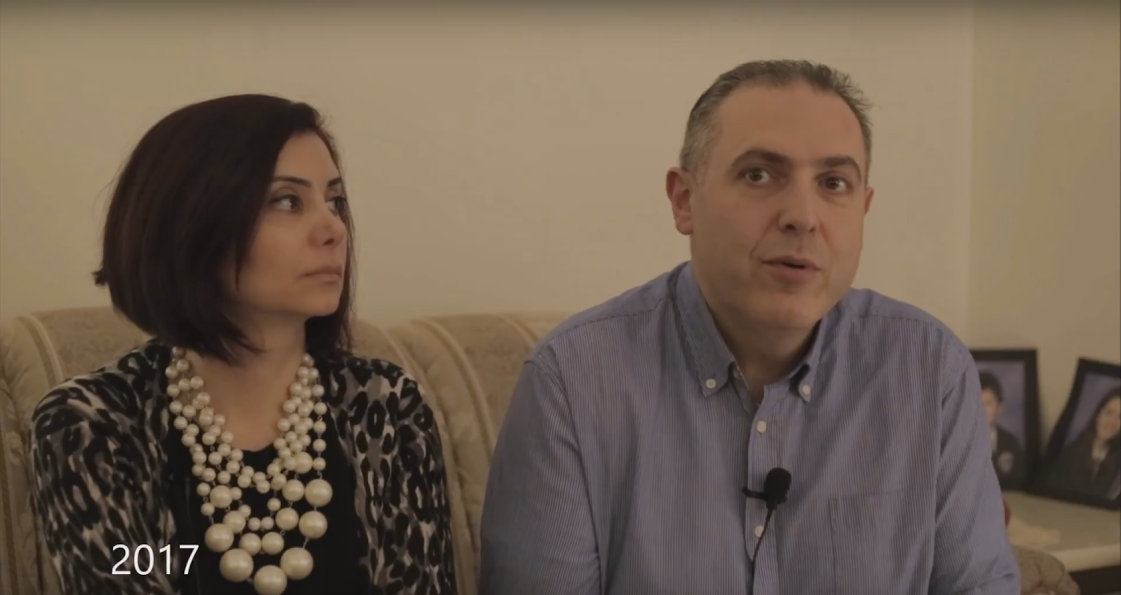 To commemorate the 102nd anniversary of the Armenian Genocide, the Zoryan Institute would like to share a series of short clips from our two Oral History Collections; The Armenian Oral History Project (1984) and the Syrian-Armenian Refugee Oral History Project (2016 – ongoing). It is Zoryan’s firm belief that diaspora and Homeland cohesion requires a sense of collective awareness and identity that is promoted through a shared sense of historical experience and cross-cultural dialogue.

Our future depends on an honest, open historical acknowledgement of the catastrophic impact that was left in the wake of the Armenian Genocide. Historical accounts and intimate portrayals of genocide survivors and survivors of war are a means to understanding how the events of 1915 are still relevant today. These personal accounts are a medium for celebrating and commemorating the survival and preservation of Armenian culture for future generations.

From 1983 to the present day, Zoryan Institute continues its efforts to combat denial, through facts, research in archival documentation, and to educate the descendants of the perpetrators and those complicit in the crime. Part of this healing process and path to justice is remembering the stories told.

In the words of Canadian Senator, Murray Sinclair, when reflecting on the legacy and intergenerational trauma of Indigenous residential school survivors, he notes that remembrance is part of reclaiming and restoring identity:

The Armenian Oral History Collection is one of Zoryan Institute’s earliest and most transformative projects. The project began in 1983 when it became evident that time was running out for the generation of Armenians who had firsthand accounts of the heinous crimes committed in the early twentieth century. This project comprises of a collection of audio and video tapes containing carefully prepared oral history interviews with over 700 survivors of the Armenian Genocide, making it the largest international collection to date. A great deal of effort was put into the development of a questionnaire that would not only elicit information about the Genocide, but also provide details and invaluable insights into the life of the Armenian people preceding the Genocide. It is through these intimate interviews and stories that we can recognize genocide as a shared human phenomenon and the immensity of its impact.

Launched in November 2016, the Syrian-Armenian Refugee Oral History Project offers new generations the opportunity to understand, interpret, and make history relevant through intimate recollections of Armenian culture told by those on the frontlines of genocide and war. Following in the footsteps of the Armenian Oral History Project, this collection serves to define, provoke, and reconstruct the Armenian culture, memory, and dialogue in the 21st century.