Members of the New Board of Directors of the Zoryan Institute forecast Gross Human Rights Violations and even Genocide as a result of Climate Change, Accelerating Population Growth, Increased Resource Scarcity, and Socio-Economic Conflicts

Toronto, February 2016 – At its meeting on February 20 and 21, the new Board of Directors of the Zoryan Institute, concerned with the existential concern of attracting new generations to the study of gross violations of human rights, discussed the importance of analyzing the relationship between social conflict, including border disputes, violence and even genocide, and current challenges of climate change, population growth and increased scarcity of natural resources. The board found that this approach is critical to engage youth to understand how these factors contribute to the phenomenon of gross violations of human rights and genocide, as defined by Raphael Lemkin. 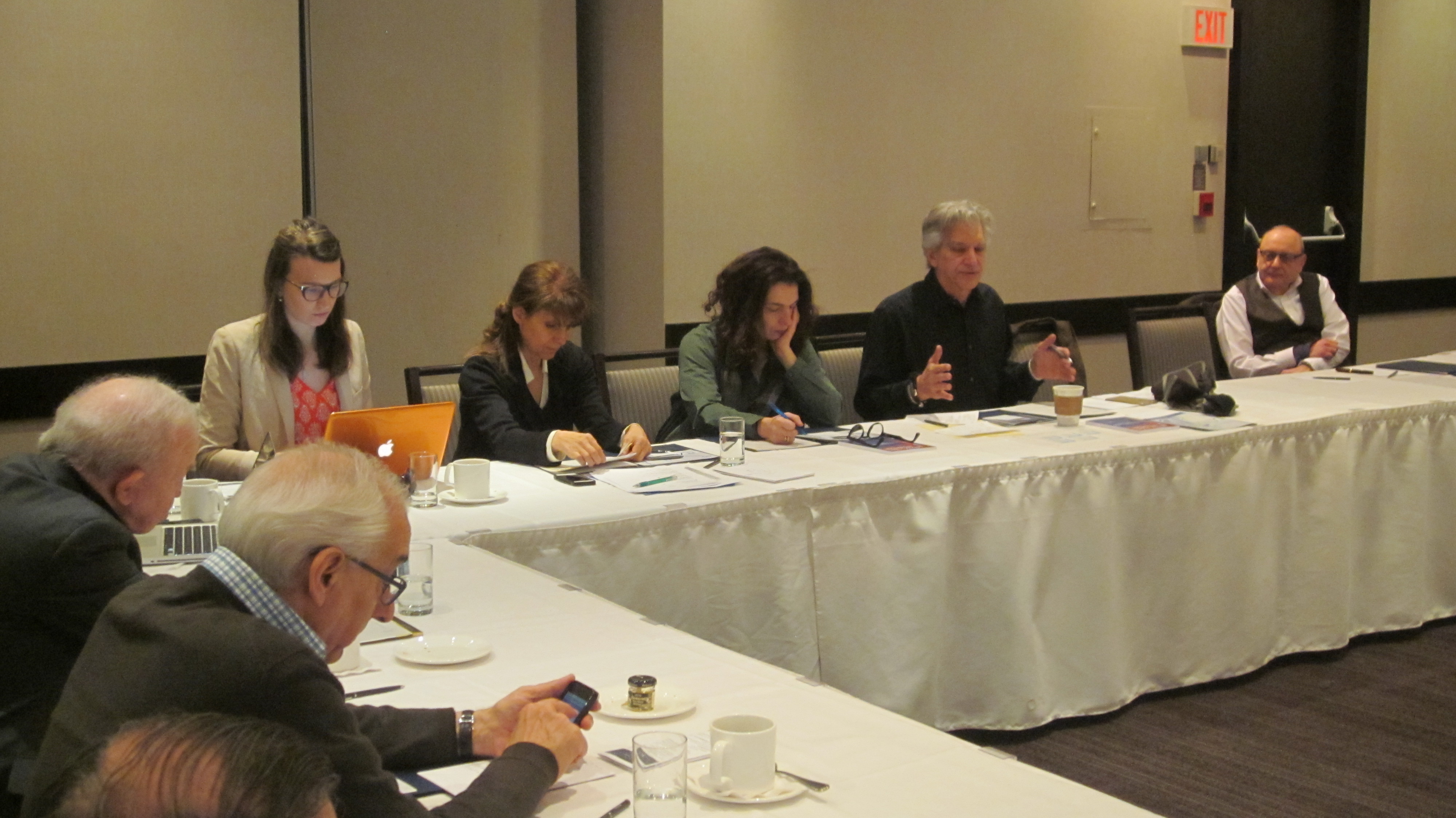 Roger W. Smith, Chairman of the Academic Board, who has served the Institute since 1988, opened the meeting by enthusiastically recounting the achievements of the Institute over the past 34 years, in the fields of genocide and human rights studies, diaspora and homeland, and welcoming the new board members, and inviting them to build on the successes of the past.

Greg Sarkissian, the President of the Institute, suggested that the first step is to engage youth by addressing current challenges such as projected population growth of 3 to 4 billion people by 2035, environmental degradation threatening global stability and increasing the risk of insecurity and mass violence and genocide world-wide. The Institute can then endeavour to engage emerging scholars in research on these subjects through analyses of contemporary cases of mass violence and human rights violations against the historical backdrop of genocides such as the Jewish Holocaust, Cambodian, Rwandan, and the Armenian Genocides as points of reference, and their links to potential risks of such crimes in the future.

Given the current mass transnational migration crisis in the Middle East, North Africa and Europe, board members agreed that the scope of research in the area of Diaspora Studies should be expanded. Khachig Tölölyan, the founding editor of the Diaspora journal, stated: “that the Institute must remain consistently aware that population dispersion, cross-border mobility, large-scale transnational migration are all forces shaping the world. So is diasporization – the process by which some migrant communities do not assimilate fully, retain or reshape earlier identities, become successful hybrids and continue as a cultural, social and often political formation.” He added that the role of the journal, co-published by the Zoryan Institute and University of Toronto Press, is “to present and analyze these processes, [and] not [only] to record the facts of migration.”

The Board of Directors adopted a series of cutting-edge projects that included new research, several conferences, educational programs, and the digitalization of archival and other material pertaining to Zoryan’s scholarly activities. Board members committed to contributing their technical and scientific expertise to the Institute in order to expand the knowledge and awareness of the general public, and to ensure the next 35 years deliver new successes in the endeavour to achieve social good.