In Honor of Henry Morgenthau III 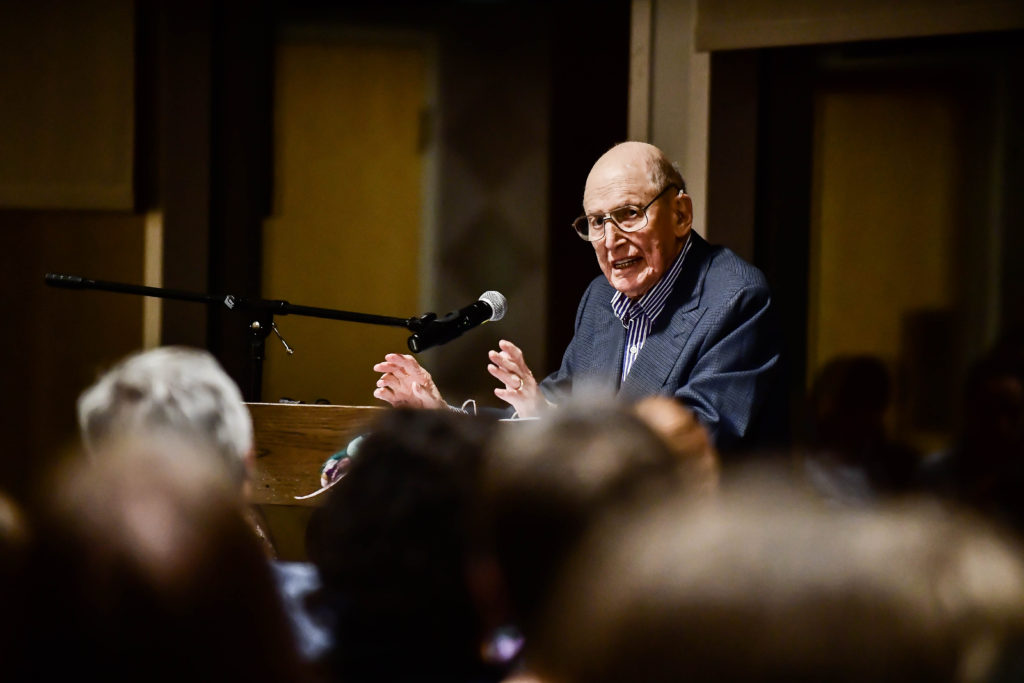 With great sadness, the Board of Directors, staff and volunteers of the International Institute for Genocide and Human Rights Studies (IIGHRS), A Division of the Zoryan Institute, mourn the loss of Henry Morgenthau III, who passed away on July 11, 2018.

“Henry Morgenthau III was a man of character, who stood up for human rights when others too often were silent or urged caution. He could not have done more to support the Armenian community around the world in overcoming the denial of the Genocide that his own grandfather had witnessed as the Genocide began to unfold in April 1915. He had integrity, was steadfast, and spoke out over and again for the US recognition of the Genocide.  He can be described as a “great friend of the Armenians,” and he was, but even more, he was a supporter of the rights of all human beings and a man who recognized that at the root of that was a commitment to truth.”

– Roger W. Smith, Chairman of the Board, IIGHRS (A Division of the Zoryan Institute)

Henry Morgenthau III recognized the importance of his grandfather’s voice in exposing the atrocities of the Armenian Genocide. He endeavoured to bring visibility to the legacy of his grandfather’s cause through various television appearances, public presentations and written publications.

“[My grandfather] took it upon himself to go completely outside the bounds of diplomacy and perhaps legality and to use his influence and what he thought of as the moral authority of the United States to try to intervene directly in the policy of the Turkish government in exterminating the Armenian people.”

In a telegram sent to the Secretary of State, Washington, dated July 20, 1915, US Ambassador of the Ottoman Empire Henry Morgenthau wrote; “Deportations of and excesses against peaceful Armenians is increasing and from harrowing reports of eye witnesses it appears that a campaign of race extermination is in progress under a pretext of reprisal against rebellion.”

Beyond his advocacy work, Henry Morgenthau III was a talented author and executive television producer, known especially for his family history memoir titled Mostly Morgenthaus which won him the 1992 National Jewish Book Council prize for best memoir. Impressively, he published his first collection of poems in 2016, at the age of 99. Morgenthau’s shows on Boston’s public television earned him wide recognition, including Peabody, Emmy, UPI and Flaherty Festival awards. He updated his father’s memoir, Ambassador Morgenthau’s Story, by adding a postscript about the Ambassador’s life. This postscript was included in the 2003 edition of the book published by Wayne State University Press.