Strasbourg, France– The European Court of Human Rights will be delivering a Grand Chamber judgment in the case of Perinçek v. Switzerland at a public hearing tomorrow, October 15, 2015. 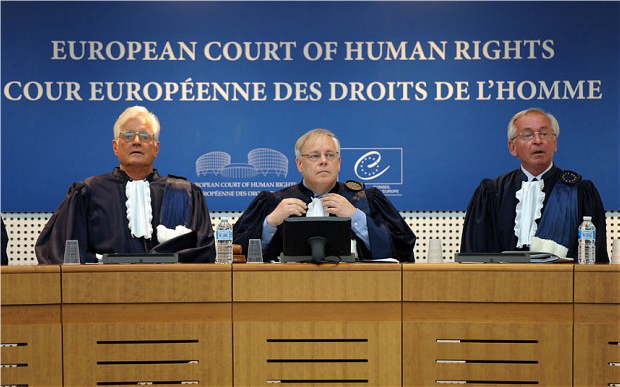 Perinçek’s incitement to discrimination and hatred, and not a debate about historical truth or of a legal classification of genocide, has brought together representatives of Turkish and Armenian human rights organizations to urge the Grand Chamber at the ECHR to deny Perinçek the opportunity to misrepresent his intentions and legitimize his views.

In a judgment of December 17, 2013, a Chamber of the Court held by five votes to two, that there had been a violation of Article 10 of the Convention. The Swiss government appealed the case by referring to the Grand Chamber under Article 43 and a hearing was held on January 28, 2015. The government of Turkey used their rights to intervene in the case, pursuant to Article 36 and third party comments were also received from Armenian and French governments, who had been given leave to intervene in written procedure.

The International Institute of Genocide and Human Rights Studies, a division of the Zoryan Institute, The Turkish Human Rights Association and The Truth Justice Memory Center of Turkey, all non-governmental organizations, as a Coalition, were also granted leave to intervene in written procedure.

It is the hope of the Coalition for the Court to hold directly that Perinçek did indeed have racist motivations and that the limitations imposed on his speech were valid.

It is highly likely that the Court will refrain from taking a position on the historical truth or the legal classification of the events of 1915-1923. If that were the approach taken by the ECHR in making the relevant assessment, it would be necessary for domestic courts to take a broader view of the impact that statements such as Perinçek’s, could have beyond the narrow/local population of the respondent state.

Any judgment as a vindication of Perinçek’s views will promote further incitement to discrimination and hatred in Turkey and beyond. It is unfortunate that due to political and economic competition in the Near East in the post World War I era, among the victorious Allies, led to the failure of achieving justice and impunity of Turkey’s state crime of the Armenian Genocide.

It is not a coincidence that in present day Turkey the Kurdish minority is suppressed and uses “Armenian” is used as a derogatory term to justify hatred and enmity towards the Kurds. It has been reported that:

When the Kurdish-majority southern town of Cizre was under curfew in September 2015 (100 years after the Armenian Genocide) the police taunted over loud speakers: ‘Armenians are proud of you. You are all Armenians.

Hate speech, like that of Perinçek is not unique to this case in Turkey. For example, Justice Sevval Akkas has said the following to gendarmerie soldiers in a Turkish court hearing of Seman Gulbahce, a Kurdish political prisoner:

They (Kurds) are killing your comrades every day. They are killing the police. As a woman, I am battling them and you guys are just standing there and watching. They are like the Armenians. If they are not stopped in time. God knows what will happen.

The discriminatory and hate statements are so prevalent that even President Tayyip Erdogan, as Prime Minister in 2014, had said:

Let the Turk say he is a Turk, and the Kurd say he is a Kurd in Turkey. What is wrong with that? In the past, they spread rumors about me. They said I am a Georgian. Excuse me, but they have said even uglier things. They have called me Armenian.

Throughout history, demonizing a segment of society combined with incitement to discrimination and hate speech has denied victims of their humanity. Repetition of falsehoods and myths can become common credence as a result.