Forced Starvation as a Political Tool from the Nineteenth to the Twenty-first Century: The Irish Famine, the Armenian Genocide, the Ukrainian Holodomor, and Genocide by Attrition in the Nuba Mountains of Sudan

States have many tools at their disposal to suppress their subjects: the military, police, taxes, and laws, to name a few. The extent to which starvation has been used, or became a way to discriminate against, punish or eliminate national, ethnic, racial or religious groups (as described in the UN Genocide Convention) has not always been appreciated. This symposium, co-organized by the Holodomor Research and Education Consortium and the International Institute for Genocide and Human Rights Studies, focuses on four case studies to shed light on the politics of starvation, examining methods, their effectiveness as instruments of government policy, and the devastating effects on target populations. 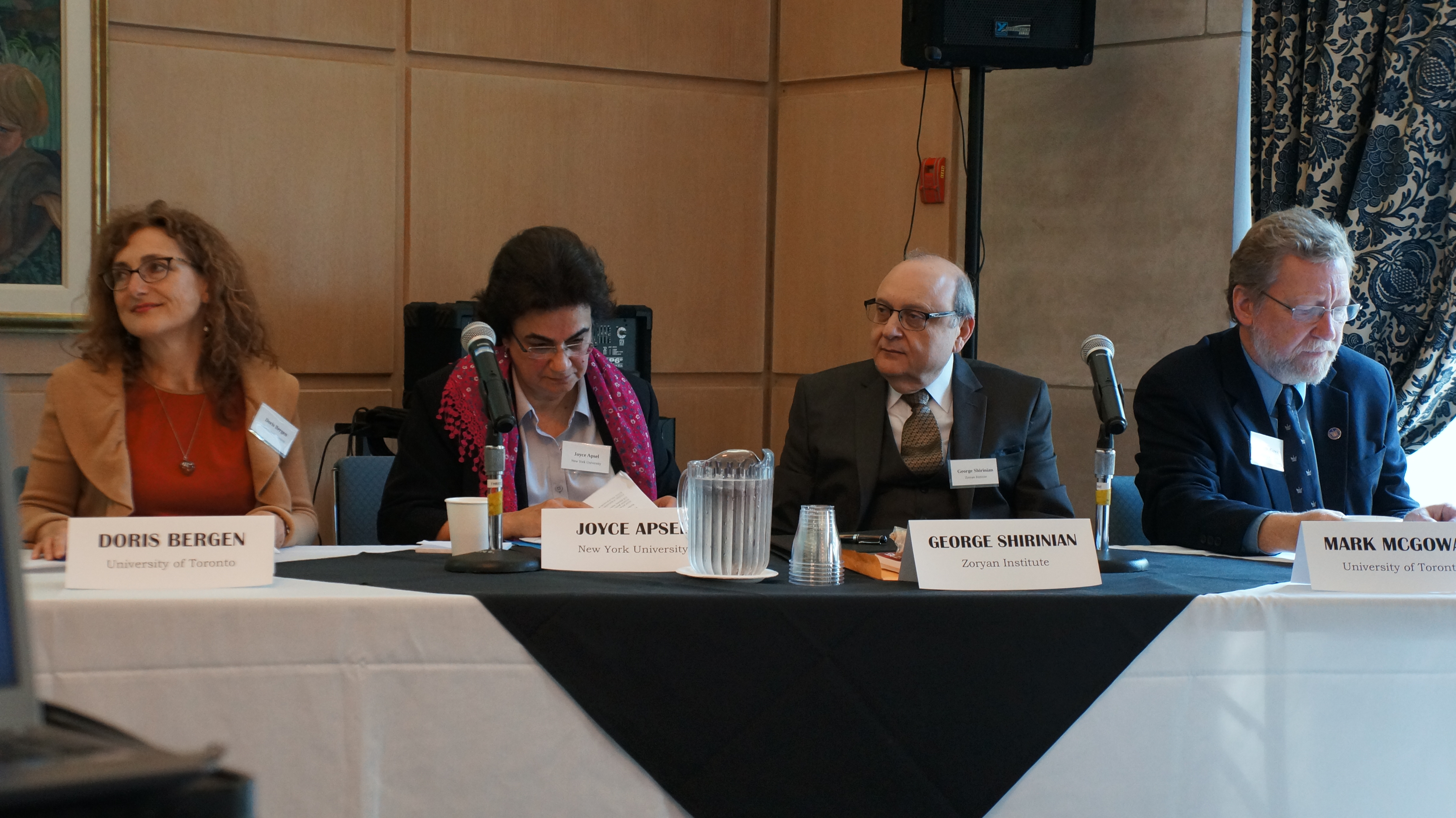 The Irish Famine took place between 1845 and 1852. The Irish population was heavily reliant on potatoes as a food staple, but potato blight destroyed several crops during this period. England’s policies, including those regarding land acquisition, absentee landlords, and the continued export of grain from Ireland, exacerbated the Famine, in which approximately one million people died, with a million more emigrating, causing the island’s population to fall by between 20 and 25 percent.

During the First World War, as many as 1.5 million Armenians perished due to the genocidal policies of the Young Turk government of the Ottoman Empire. The Armenians were internally displaced, murdered en masse, or died of thirst, starvation and disease. Those who claim there was no genocide say there was a shortage of food for everyone. A closer examination reveals a deliberate policy of withholding food and deporting the Armenians to where there was no food, water or shelter.

The Holodomor, or artificial famine in the Ukrainian Soviet Socialist Republic in 1932 and 1933, killed an estimated 4 million Ukrainians. Soviet policies, including confiscation of grain and household foodstuffs and restrictions on travel from affected areas, led to death rates in Ukraine of 25,000 people per day at the height of the Famine. During this period, Stalin also decimated Ukrainian religious, intellectual and political elites in an effort to quell aspirations for Ukrainian political autonomy.

Since the late 1980s, the government of Sudan has perpetrated sustained attacks against the people of the Nuba Mountains in the South Kordofan region. In addition to the aerial bombardment of defenceless civilian villages, it has enacted a policy of attrition through forced starvation, including blockading humanitarian aid efforts to bring food and medical care into the starving region.

In some cases, powerful governments willfully acted against civilian minority populations. In others, hunger was intensified by policies directed against specific groups or peoples. The Statute of the International Criminal Court includes the denial of humanitarian assistance as an act that may lead to starvation, and the Geneva Convention prohibits the starvation of civilians as a method of warfare. The United Nations Genocide Convention states that “deliberately inflicting on the group conditions of life calculated to bring about its physical destruction in whole or in part” is a genocidal act. What measures have been employed to intervene in cases of forced starvation? What legal instruments and mechanisms are available to the international community? In reviewing these four cases, the symposium will address these questions and other issues of contemporary relevance.