Strasbourg, France—The European Court of Human Rights held a Grand Chamber hearing today, Wednesday, January 28, 2015 at 9.15 a.m. in Strasbourg, France on the case of Perinçek v. Switzerland (application no. 27510/08). The case concerns the criminal conviction of Turkish politician Doğu Perinçek for publicly denying the Armenian Genocide while in Switzerland. On March 9, 2007, the Lausanne Police Court had convicted Mr. Perinçek of racial discrimination under Article 261 bis, Paragraph 4 of the Swiss Criminal Code, finding that his motives were of a racist tendency and did not merely contribute to a historical debate. After exhausting his appeals, which were dismissed at various levels of the Swiss courts including the Federal Court of Switzerland, Mr. Perinçek’s appealed to the ECHR on June 10, 2008. 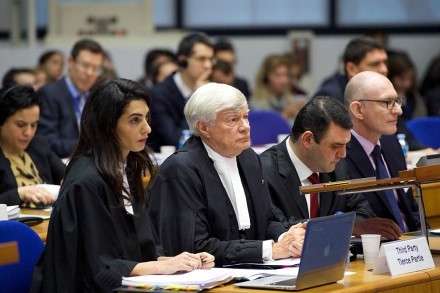 The International Institute for Genocide and Human Rights Studies (IIGHRS) (A Division of the Zoryan Institute) was represented as observers at the Grand Chamber, by its President, Mr. K.M. Greg Sarkissian and Mr. R. Bedrosyan, an advisor to the Zoryan Institute on Turkish-Armenian issues. They had worked jointly with the Human Rights Association of Turkey and the Truth Justice Memory Centre to submit a third party amicus brief, for which this Armenian-Turkish coalition had been granted leave by the Grand Chamber.

According to Payam Akhavan, the lawyer representing a coalition of Turkish and Armenian human rights associations:

“We have emphasized that the case is not about the historical truth as such. From the perspective of human rights law, freedom of expression under Article 10 of the European Convention on Human Rights, is subjected to certain limitations. One of those is when speech amounts to incitement to discrimination and hatred. So debates about the historical truth or legal classification of atrocities as genocide or some other label are not the real issue. The fundamental issue is whether Perinçek’s statements when considered in their proper context constitute incitement to discrimination and hatred.”

The Applicant, Mr. Doğu Perinçek, Chairman of the Socialist Workers Party of Turkey, with ties to the nationalist Talat Pasha Organization, stated the following:

“We are here for the freedom of expression of the people of Europe. I have always shared the pain of our Armenian nationals…Genocide allegations have turned into a tool to humiliate the Turks.”

Mr. Perinçek had travelled to Switzerland to speak at a conference and made public appearances wherein he referred to the Armenian Genocide as an “international lie” and defended his position during today’s hearing as follows:

Frank Schurmann, the lawyer representing Switzerland, stressed that Perinçek’s statements amounted to hate speech against Armenians. Mr. Schurmann substantiated this by referring to the written submission jointly prepared by the IIGHRS and the two Turkish NGOs which documented Perinçek’s racist and antiArmenian activities in Turkey.

Mr. Gevorg Kostanyan, prosecutor general of Armenia and Agent representing the government of Armenia during the proceedings, said:

“As an intervener, Armenia’s role is to point to the correct principles under which this case should be decided and to indicate errors that have infected the lower court judgment. Whether or not its conclusion was correct does not matter, as much as certain misstatements of fact, which have comforted genocide deniers throughout the world. We are here to ensure that such errors should never be repeated by a court that speaks in the name of human rights.”

Mr. Geoffrey Robertson, Counsel representing the Armenian Government, began his argument by referring to Article 10 of the European Convention on Human Rights:

“It sets up a presumption in favour of free speech, in a Convention that protects other rights to human dignity, to live free of torture and discrimination, to say “I am Jewish,” “I am Muslim,” or “I am Armenian,” without fear that the race we happen to be born into will be stigmatised as inferior or sub-human.”

He also referred to “egregious errors” made by the Lower Chamber, which he urged the Grand Chamber not to repeat. Mr. Robertson summed up the key issue in the case as follows:

“The issue in this case is whether the Swiss law, under which this man, Perinçek, was convicted…conforms to the Freedom of Expression Guarantee under Article 10 of the European Convention…Article 10 has its proviso, which permits speech to be restrained by law on those occasions when it’s likely to and intended to, cause harm to incite racial violence or hatred. Now, in the mouth of a rabid racist with a doctorate in law and a political party at his back, and people waving flags and fists outside this Court now, genocide denial can have a double impact: It makes the survivors of genocide and their children and grandchildren feel the worthlessness and contempt and inferiority that the initial perpetrators intended, and it incites admiration for those perpetrators and a dangerous desire to emulate them. In this case, the Swiss courts decided that Perinçek’s intentions were racist…that his words in the Turkish language were designed to arouse his supporters in Turkey to hate Armenians and applaud his hero, Talat Pasha, the Ottoman Hitler.”

“The most important error in the Court’s judgment is that it has cast doubt on the fact that there was a genocide against the Armenian people 100 years ago. I will argue that a finding on genocide was first, not necessary in this case; second, that it was reached without a proper forensic process; and third and most importantly – that it was wrong. The court itself admitted that it was “not required to determine” whether the massacres suffered by Armenians amounted to genocide…” 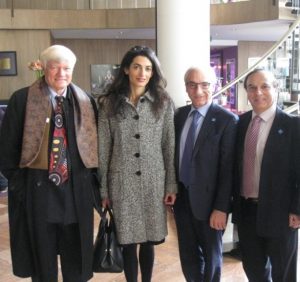 She pointed out that the Ottoman military courts convicted the principal perpetrators, including Talat Pasha, for the mass murders rather than genocide because the word had not yet been invented. In her concluding remarks, Mrs. Alamuddin-Clooney stated:

“Armenia, as a third party intervening in this case, has not made submissions on the merits and is not here to argue against freedom of expression – any more than Turkey is here to defend it. This 4 court knows very well how disgraceful Turkey’s record on free expression is…So although this case involves a Turkish citizen, Armenia has every interest in ensuring that its own citizens do not get caught in a net that criminalizes speech too broadly. And the family of Mr. Hrant Dink know that all too well…The stakes could not be higher for the Armenian people. The decision you are reviewing was a serious step in the wrong direction. Perinçek and his colleagues on the Talat Pasha Committee, the committee named after the principal perpetrators of the Genocide and deemed by the European Parliament to be xenophobic, have celebrated the judgment in its current terms and triumphantly proclaimed that it has solved the ‘Armenian Question’ once and for all…We hope that the Grand Chamber will set the record straight.”

The IIGHRS and its Turkish coalition partners hope that the Grand Chamber of the European Court of Human Rights indeed sets the record straight by confirming that the case is about the speech by Perinçek with the intent of incitement to discrimination and hatred and not a debate about historical truth or of a legal classification of genocide.

The Grand Chamber is expected to render its judgment in approximately 6 to 8 months. 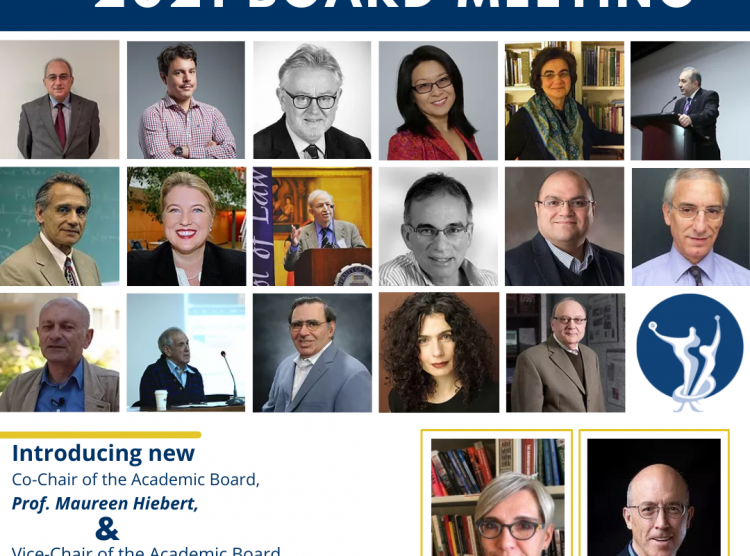 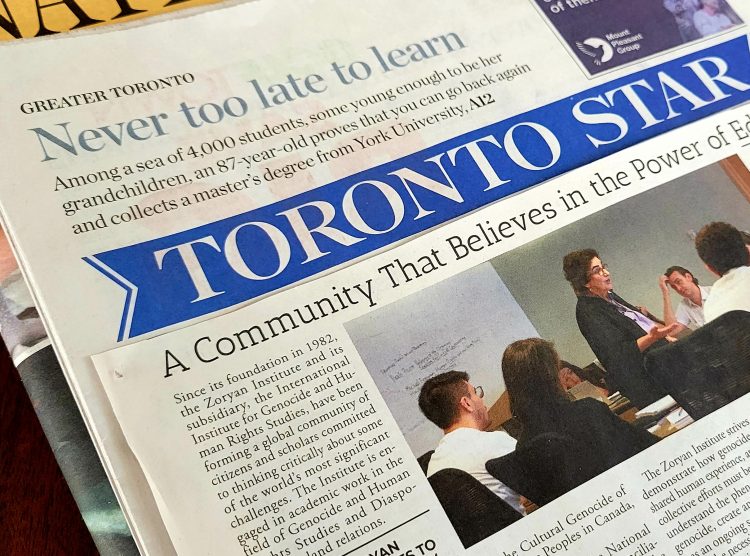 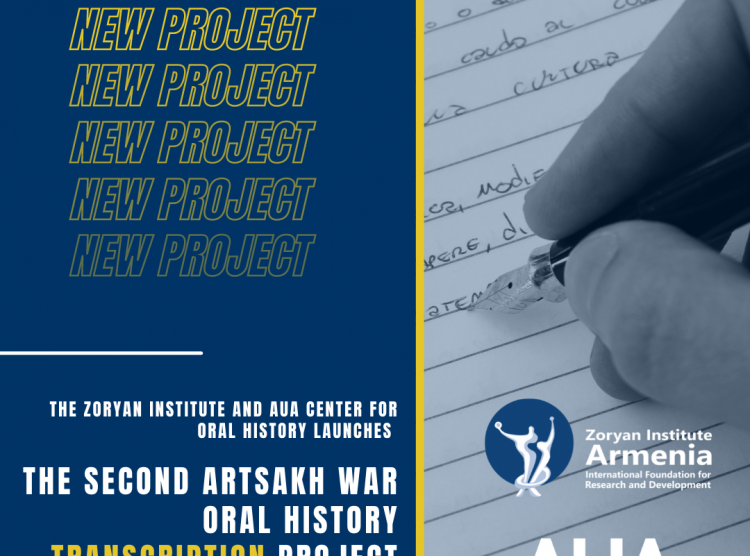 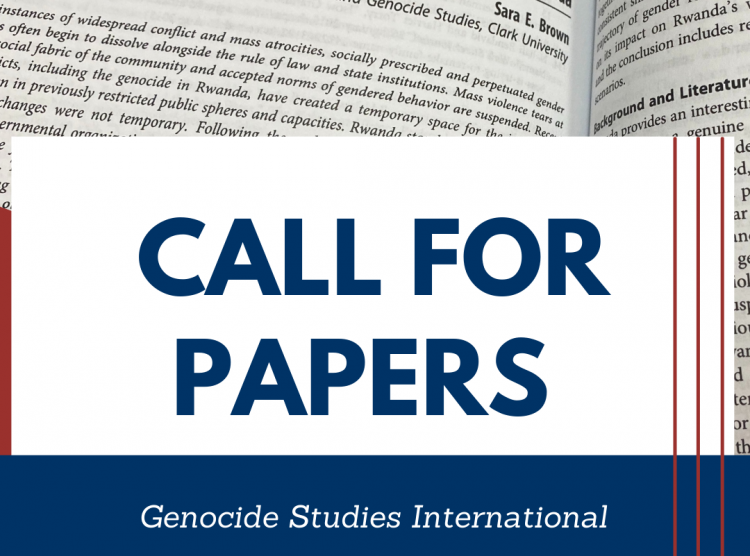