From Truth to Reconciliation: Towards a Just Future for the Indigenous Peoples of Canada

MONTREAL – A conference sponsored by the Zoryan Institute was held March 8-9 at McGill University’s Faculty of Law to examine the recommendations of the Truth and Reconciliation Commission and possible ways to implement its findings. Titled “From Truth to Reconciliation: Towards a Just Future for the Indigenous Peoples of Canada,” the event was an initiative of the International Institute for Genocide and Human Rights Studies (A Division of the Zoryan Institute) in partnership with the McGill University Centre for Human Rights and Legal Pluralism. The conference approached its subject from a legal, political, cultural and social perspective.

Greg Sarkissian and his team at the IIGHRS are doing their best to make sure that warning is heeded. “Our mission is to educate,” explained the Institute’s president as it recently spotlighted the report of the Truth and Reconciliation Commission into abuses against Canada’s Indigenous population. Sarkissian hopes that with more knowledge will also come greater prevention of atrocities in the future. David MacDonald, a University of Guelph professor who participated, noted Canada has recognized five genocides, including the 1915 Armenian genocide and the Second World War Holocaust. It described its treatment of First Nations children in residential schools as “cultural genocide.” “Does it make a difference if it’s UN (recognized) genocide or cultural genocide in terms of Canada?” said MacDonald. “I think it does. I think you would then be looking at a real need for land claims and other issues to be resolved quickly. Canadians could see in a real way that these are very serious issues.”For many Indigenous people, land does not correspond to property or ownership, but is rather something to be shared. They also view land as a broader concept that not only provides a place to live but serves as a teacher of how to conduct relationships and build character. MacDonald said Canadians pride themselves on their human rights record and sometimes deflect criticism by saying Canada treated its Indigenous people better than the Americans, denying the trauma inflicted by the Indian residential schools until the late 1990s. 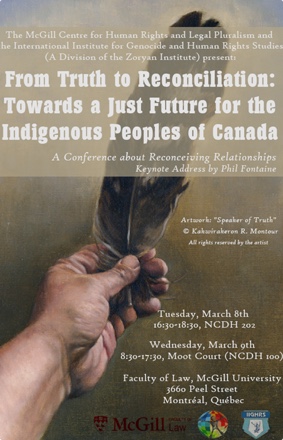 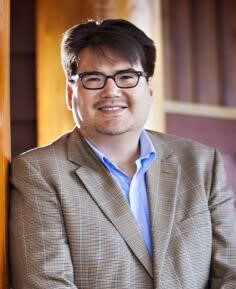 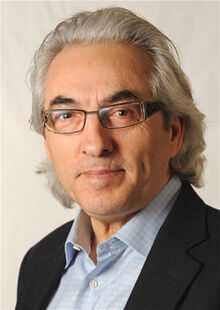 Fontaine, a tireless advocate, was among the 150,000 aboriginal, Metis and Inuit children who went through the reviled church-run residential school system that operated from the 1800s to 1996. He said it took him most of his life to recover from the assimilation attempt.

One of the architects of then-prime minister Stephen Harper’s apology to aboriginals in 2008, he urged concrete action to eliminate poverty in First Nations communities. “Canada, at that moment, came of age,” Fontaine said of the apology. “Those words, spoken on June 11, 2008, are part of the national record. We will always be able to refer to the apology.” White pointed to the lengthy history of jurisprudence in Canada. He said afterward there is a need to address that and work in a broader frame than solely the residential school experience. “We have to connect to the long history of legal decisions in the country and the use of the legal process as one way of sorting out reconciliation (as well as) the main political streams, the main economic streams,” he said. “We need to find a comprehensive and new approach to reconciliation.” White said, given the momentum he has seen, he is optimistic. “There’s a convergence of a number of different streams that have met, on the legal side, on the political side, on the social side. If it’s ever going to happen, it’s going to happen now.” 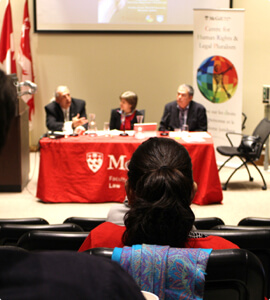 Although many people associate genocide only with the horror of mass graves and sunken faces looking out hopelessly from behind barbed wire, Sarkissian stressed these tragedies seldom happen in isolation. He pointed out there are many global challenges on the horizon that could easily serve as catalysts, including overpopulation and scarcity of resources. He suggested, for example, one group could try to eliminate another for more living space or control of resources. “People will not have fun coming to this field,” said Sarkissian, who had relatives killed in the Armenian genocide. “However, the only way that we can make this touch everybody’s life is to make it current, to make it existential for them. “I have trauma myself (as a descendant of genocide survivors) but my trauma is healed because of the way I have dedicated my time to education,” he said. “I think if the students learn about this and it becomes part of their understanding of why they have to mobilize themselves, there is a hope that one day we can prevent this.”