“The Armenian Genocide within the Framework of National and International Law”

Lawyers from England, Ireland, Turkey and US Tackle Armenian Genocide within
the Framework of International Law

Minneapolis—The University of St. Thomas School of Law, as part of its “unique mission of integrating faith and reason in the search for truth through a focus on morality and social justice,” co-organized an international conference, in partnership with the International Institute for Genocide and Human Rights Studies (A Division of the Zoryan Institute), to examine “The Armenian Genocide within the Framework of National and International Law.” The conference took place on February 5th, 2010 in Minneapolis, in conjunction with the Cafesjian Family Foundation and the Ohanessian Endowment Fund for Justice and Peace Studies of the Minneapolis Foundation.

John M. Sandy, Editor-in-Chief of the Journal of Law and Public Policy of the University of St. Thomas, stated, “When I first heard about the Armenian Genocide from a fellow passenger on a flight to Los Angeles, and learned the enormity of it, I was shocked that I had not come across this major historical event in my education up to that time. I embarked on research on this subject, and the more I learned, the more astonished I became that this was not taught as part of American history in WWI, and the more I felt there was a great deal still to be researched, especially from a legal perspective. Thus, the idea of holding a conference for the purpose of preparing a special issue of the university’s Journal of Law and Public Policy came to be.”

Prof. Robert J. Delahunty of the Law School, who served as moderator, reaffirmed the university’s position that the conference proceeds from the understanding that the Armenian Genocide is an established fact. One of the reasons for this position is that the International Association of Genocide Scholars, the world’s foremost body of researchers in the field of genocide studies, has unanimously affirmed that “it is indisputable that the Armenian Genocide is proven history.” 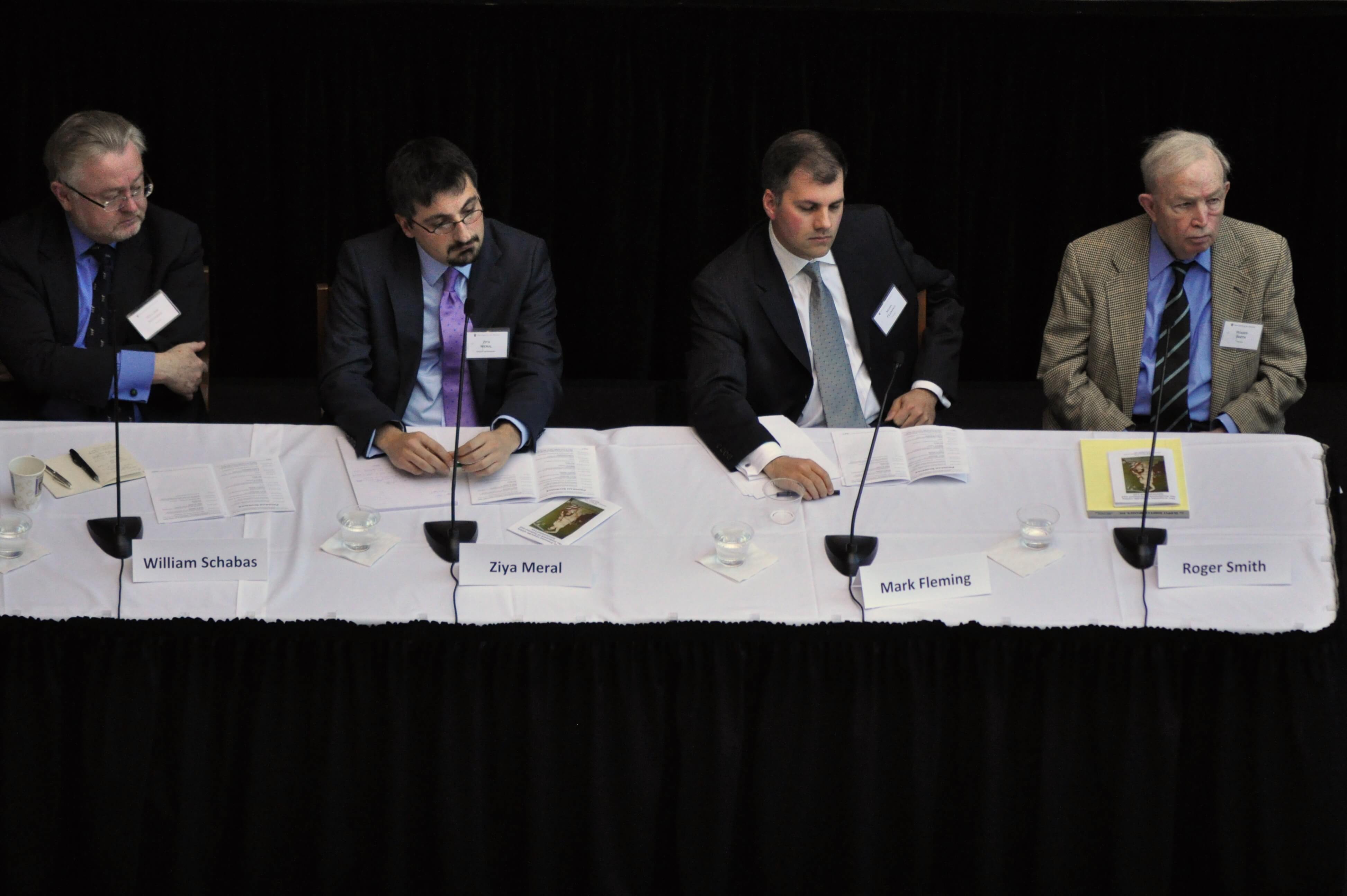 Mark L. Movsesian, Professor of Contract Law at St. John’s University, described how the reform movement (Tanzimat) intended to provide equality for the non-Muslim minorities in the Ottoman Empire in the 19th century, failed. This was because the ruling elite and society at large could not accept it. The resentment was twofold, a) the reforms broke the covenant between the superior protector group, Muslims, and the subservient, protected groups, non-Muslim; and b) they felt the reforms were imposed by the European Powers and were considered outside interference. This helped make the mass violence of the Hamidian massacres possible, in which some 200,000 Armenians were killed. It can also be seen as a precursor to the Genocide, because the mass killings went unpunished.

Prof. Vahakn N. Dadrian, Director of Genocide Research at the Zoryan Institute, an expert in history and international law, described the significance of the Allied
Powers’ declaration on May 24, 1915 that they would hold personally responsible for “these new crimes of Turkey against humanity and civilization.” This set a precedent in the development of international law on crimes against humanity. He then described how the national law of the Ottoman Empire, particularly the Military Tribunals, dealt with the Armenian mass killings by prosecuting those crimes immediately after WWI.

William A. Schabas, Director of the Irish Centre for Human Rights at the National University of Ireland, Galway, and currently President of the International Association of Genocide Scholars, addressed the subject of “The Retroactive Applicability of the UN Genocide Convention to the Armenian Genocide.” He affirmed that what happened to the Armenians in 1915 can properly be termed genocide, and that the actions of the Ottoman Government constituted the crime of genocide. Prosecution for this crime under the UN Genocide Convention is not likely, however, as there are no longer individuals alive to prosecute. However, given that the Turkish State is the inheritor of the Ottoman Empire, it could be possible to prosecute the Turkish State for crimes against humanity. 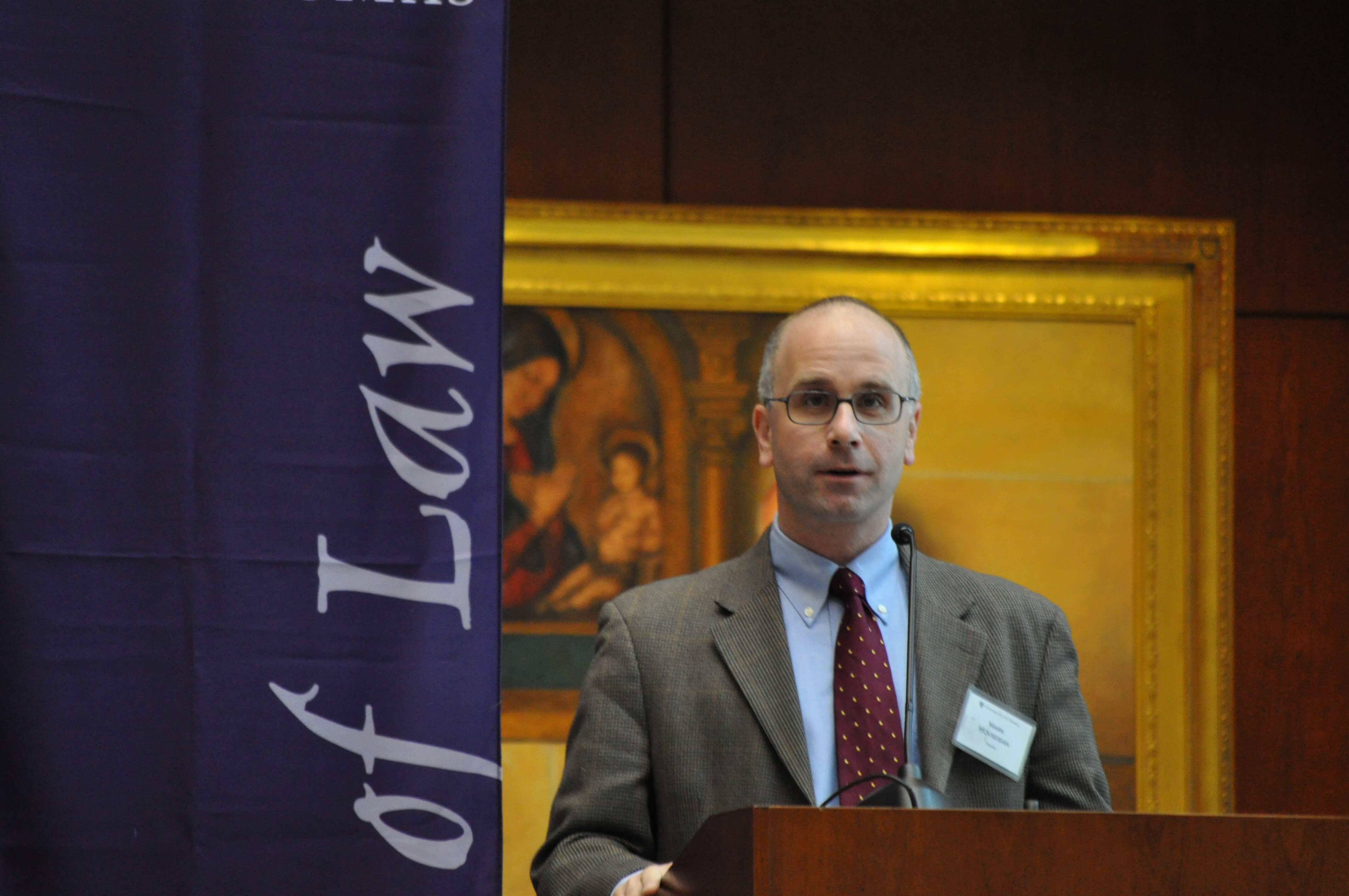 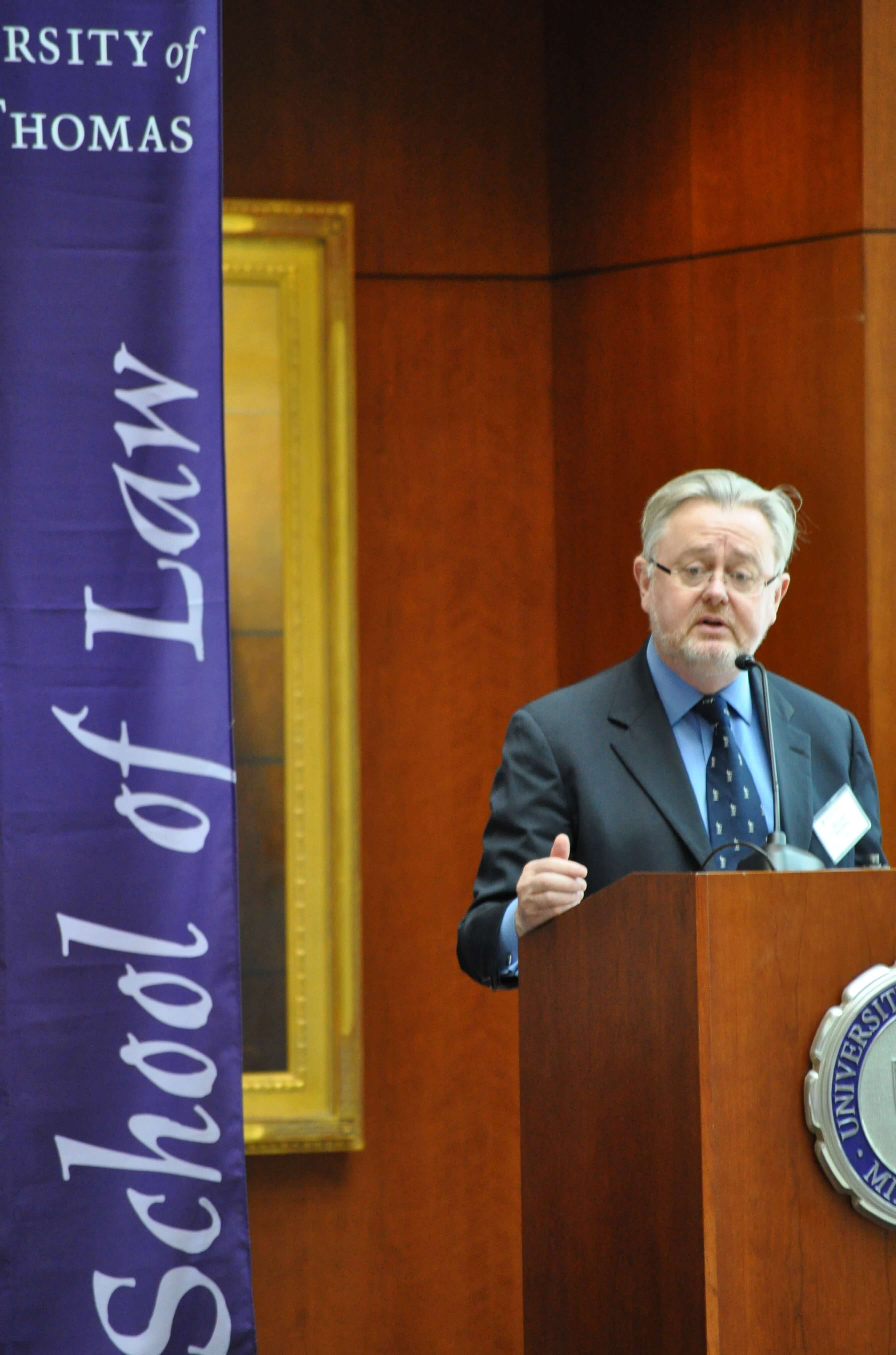 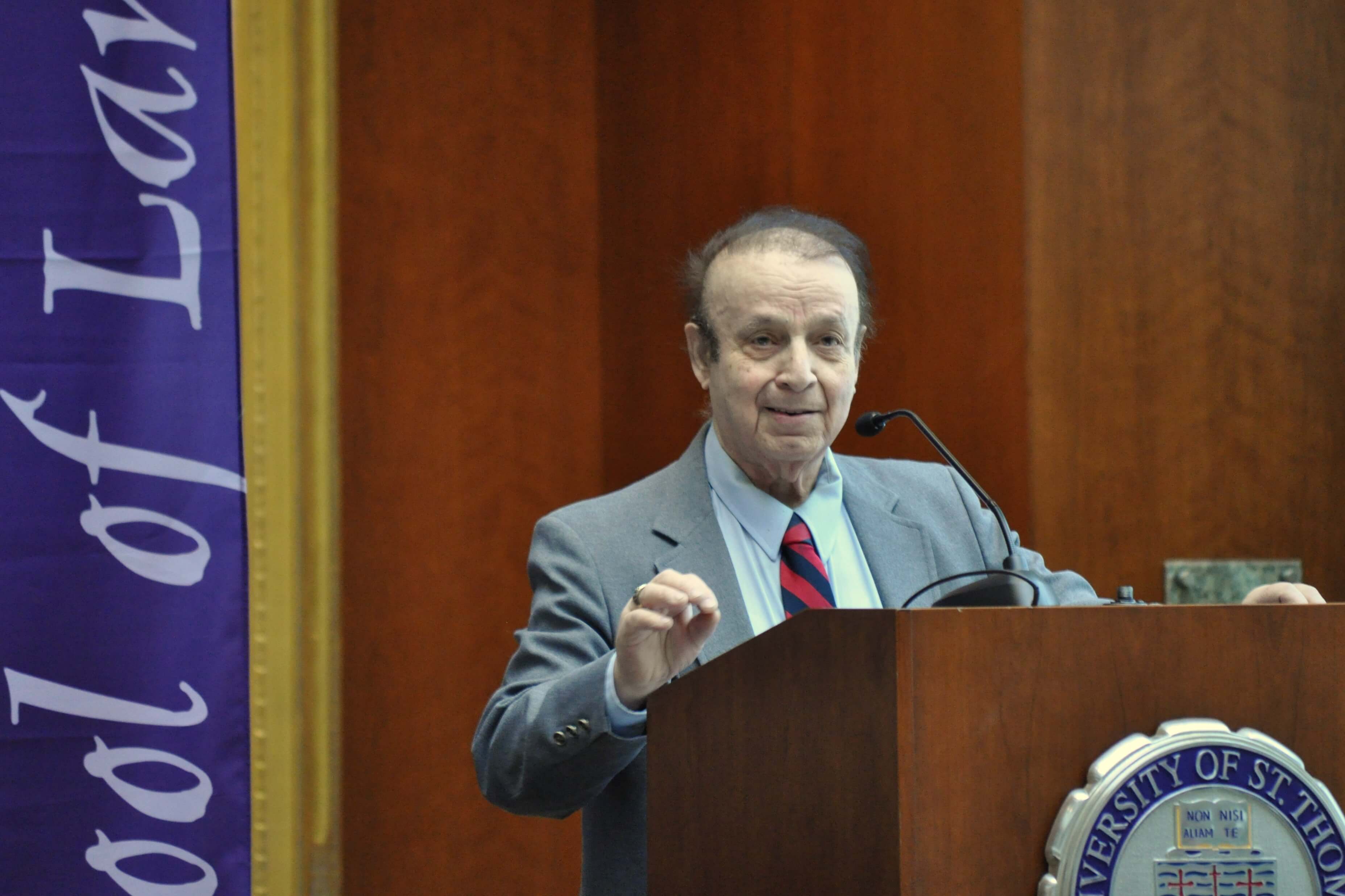 Geoffrey Robertson, QC, one of Britain’s leading human rights lawyers, submitted a video recording of his speech,“Politics, Government, and the Armenian Genocide in the United Kingdom.” Robertson discussed in particular his exposé of how the British Foreign Office suppressed information and misled Parliament on the truth of the Armenian Genocide, affecting British foreign policy greatly and resulting in Britain’s stance of not recognizing the Genocide, but merely calling it a tragedy. This position is at odds with the position of the British government at the time of the Armenian Genocide, when they called it a crime against humanity and civilization. Robertson’s research into this discrepancy shows that the current position of the British government is driven by political and commercial interests.

Eren Keskin, an award-winning Turkish human rights attorney, participated by telephone from Turkey. She spoke forcefully about the Armenian Genocide and the importance of Turkey’s apologizing for it. She explained the militaristic foundation of the Turkish Republic, the continuity of the military mindset of 1915 and that of the Turkish State today. This militaristic mindset causes the Turkish state to suppress dissent and punish what it considers insults to Turkishness. Ms. Keskin spoke movingly about the threats and abuse she has endured personally as an advocate for human rights in Turkey. 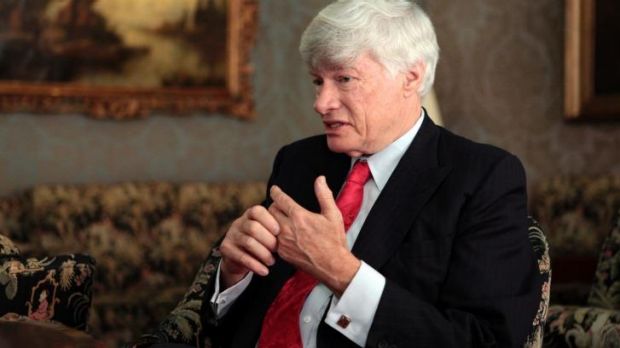 Mark C. Fleming is a partner in the Boston office of Wilmer Cutler Pickering Hale and Dorr LLP. He prepared an amicus curiae brief on the appeal in the Griswold v. Driscoll case, in which the Massachusetts Board of Education was being sued, based on the First Amendment, to allow “contra-genocide” materials on a list of suggested educational resources for teaching the Armenian Genocide. Initially the case was dismissed and Massachusetts was free to list the resources of its choosing, but the case is now under appeal.

Roger W. Smith, Professor Emeritus of Government at the College of William and Mary, spoke on the legal and philosophical aspects of laws penalizing genocide denial. While genocide denial is dangerous and continues the victimization of the target group, he said, preventing free speech in such cases has its own, serious, negative consequences.

Ziya Meral, a Turkish researcher, writer, and PhD candidate in Political Science at Cambridge University, as discussant for the conference, masterfully commented on numerous issues that were raised by the other speakers. He spoke about the need for the people of Turkey to accept the reality of the Armenian Genocide and said that only Turkish society have the power to change Turkey’s policy of denial. 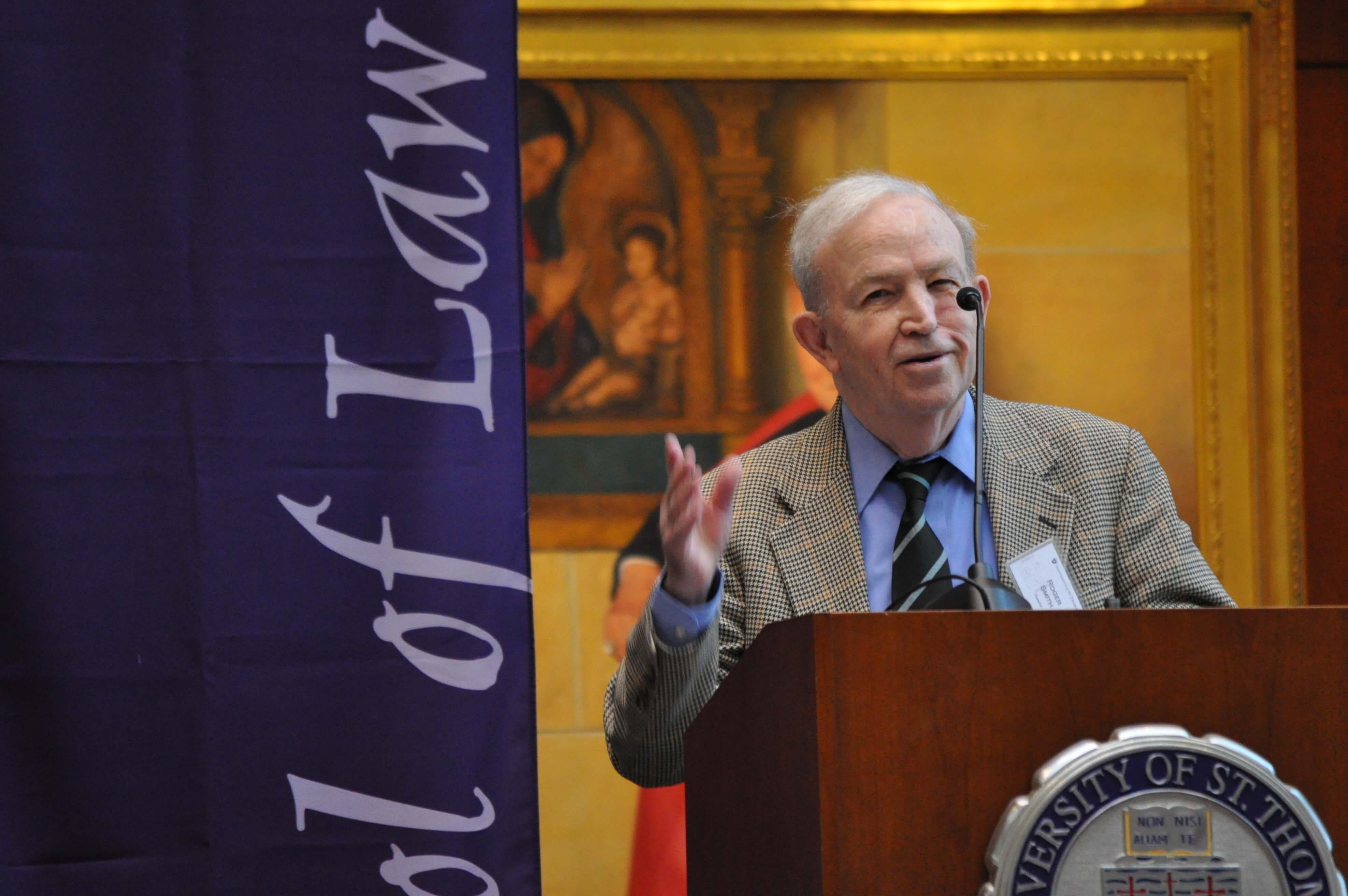 The papers from this conference will be published in the summer issue of the university’s Journal of Law and Public Policy. Through this publication, it is hoped that awareness among policymakers will be raised to strengthen the legal framework, so that all cases of genocide are treated with justice and that politics or economic interest do not obstruct the application of the law nationally or internationally.

The International Institute for Genocide and Human Rights Studies (A Division of the Zoryan Institute) is dedicated to the study and dissemination of knowledge regarding the phenomenon of genocide in all of its aspects to create an awareness of it as an ongoing scourge and promote the necessity of preventing it.