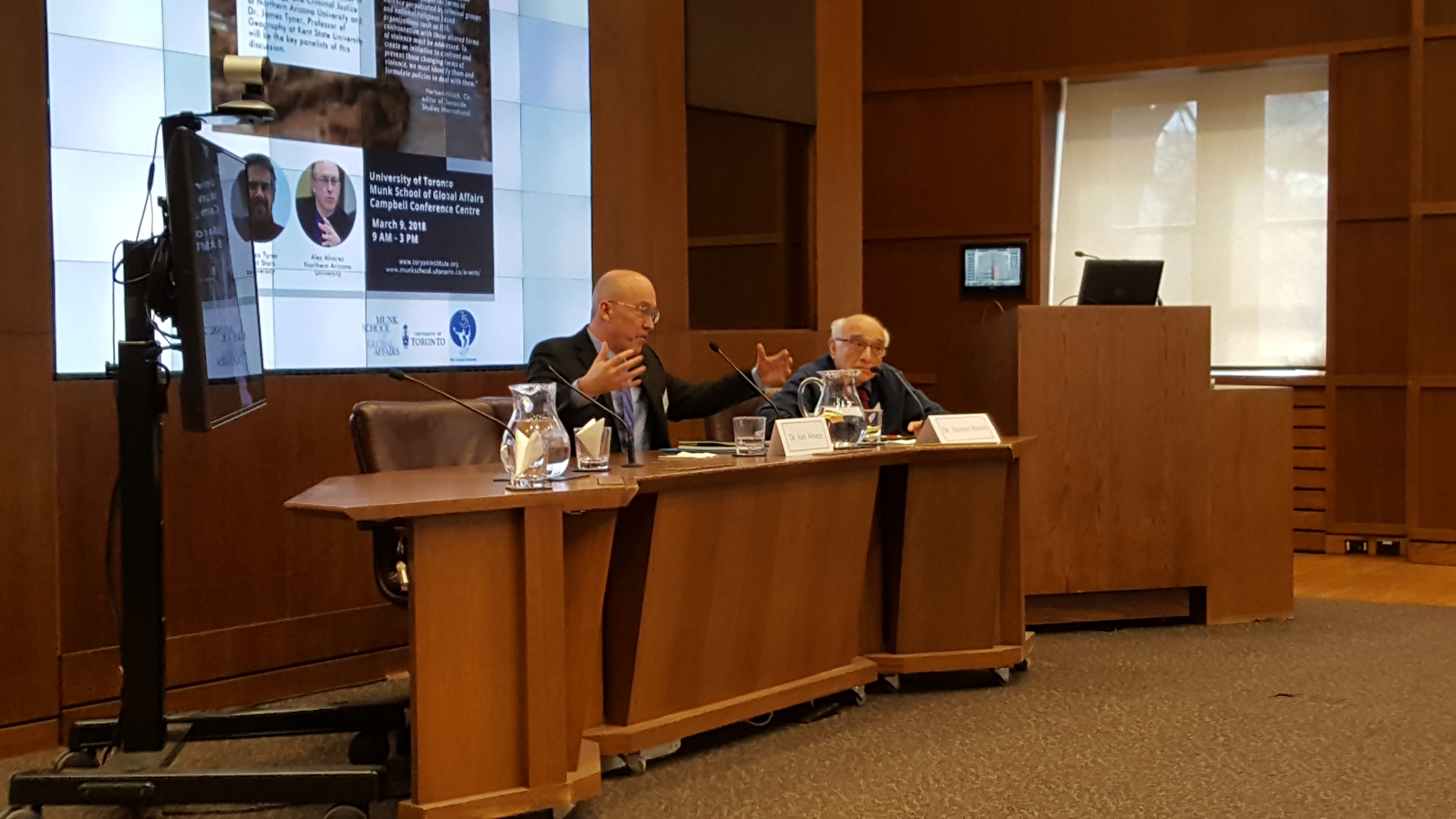 TORONTO –  March 12, 2018:  Zoryan Institute and its Division, the International Institute for Genocide and Human Rights Studies, is devoted to educating the public about genocide and human rights violations as grave threats to continuing life on the planet.  In pursuit of this goal we seek to present the most advanced, cutting edge research on these subjects and to build upon past historical case studies. The Institute believes these case studies form the basis for our contemporary knowledge and will lead us into a more positive and peaceful future.

The study of genocide and human rights has been based on important case studies such as the Armenian Genocide, The Holocaust and the genocide in Rwanda among others. However, as the Twentieth Century gave way to the Twenty First Century, new models of genocide and human rights violations began to emerge.   The older cases of nation-states targeting specific groups for destruction gave way to more dispersed forms of violence perpetrated by criminal groups and national/religious, ethnic based organizations such as ISIS.  Confrontation with these altered forms of violence must be addressed if the puzzle of genocidal violence is to ever be solved.  Our mission is to create an initiative to confront and prevent these changing forms of violence.  In order to accomplish this, we must identify them and formulate policies to deal with them.  To achieve these goals Zoryan Institute created a Symposium on “Climate Change and Population Growth:  Future Threats and Solutions” which was convened on March 9, 2018 at the University of Toronto, Munk School of Global Affairs Conference Centre.

The symposium and discussion brought together the latest analyses of what might be new causes of genocide.  The symposium particularly focused on climate change and population growth which are already having a global impact on causing political violence and might very well lead to future genocides.

For example, in the Monday, March 12 edition of the New York Times -an article on the draught in the horn of Africa, Kenya and Ethiopia – points out that the land suitable for grazing cattle and cultivation is disappearing and this, in turn, is causing groups to wage contests to find land to carry out these activities.  As part of this quest, periodic violence takes place while populations fight off starvation and compete for land as they attempt to move on to land controlled by others.  This is a perfect example of the crisis addressed in the Zoryan sponsored symposium.

The first session of the symposium began with a lecture by Dr. Alex Alvarez, professor of criminal justice at Northern Arizona University and a founding co-editor of Genocide Studies International.  Dr. Alvarez is the author of the most recent book on climate change and genocide:  Unstable Ground:  Climate Change, Conflict and Genocide.  Dr. Alvarez laid out the possible connections between climate change and genocide.  His lecture was followed by commentary and analysis by Dr. Herbert Hirsch, Professor of Political Science at Virginia Commonwealth University and one of the founding co-editors and remaining co-editor of Genocide Studies International as well as an instructor in the summer seminar on genocide and human rights.  Dr. Hirsch pointed out that Dr. Alvarez did not comment on the political connections and the relationship between the rise of populist/authoritarian movements and the decline of democracy.  Dr. Hirsch noted that this has major impacts on climate change and genocide as authoritarian states do not take action to combat climate change nor to prevent genocide.

A second commentary by Dr. Maureen Hiebert, Professor of Political Science at the University of Calgary and a former co-editor of Genocide Studies International noted the implications of climate change and genocide in the international political system.  This was followed by a vigorous question and answer session, which featured large scale audience participation.

The afternoon session started with a lecture by Dr. James Tyner, Professor of Geography at Kent State University and the author of numerous books on the subject.  Dr. Tyner connected population growth and population movements to climate change and to political violence and genocide.  His lecture was followed by comments from Dr. Roger Smith, co-editor of Genocide Studies International and a member of the Zoryan Institute Board of Directors who noted the importance of this subject and by Dr. Henry Theriault, Professor at Worcester State University and a co-editor of  GSi, who provided contemporary examples and pointed out theoretical explanations.  This was also followed by audience participation in a question and answer session.

Zoryan Institute was proud to sponsor this symposium at the Munk School of Global Affairs at the University of Toronto which brought together the leading experts in the field of climate change and population growth to explore the future causes of continuing genocides.  Zoryan believes that, building on the examples of the historically important Armenian Genocide and The Holocaust, it is now moving to explore the future of causes and prevention of genocide.  Our mission to inform the public and to help to create a path for humanity to confront and prevent future genocides was, we believe, advanced by this path breaking symposium. 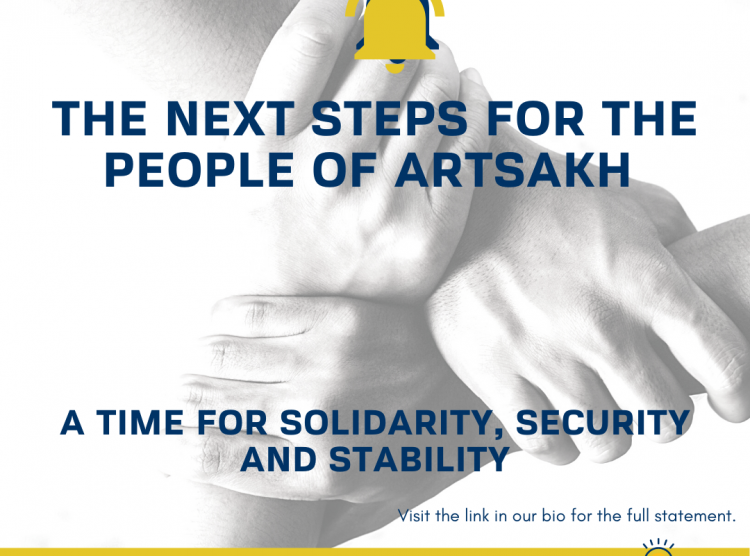 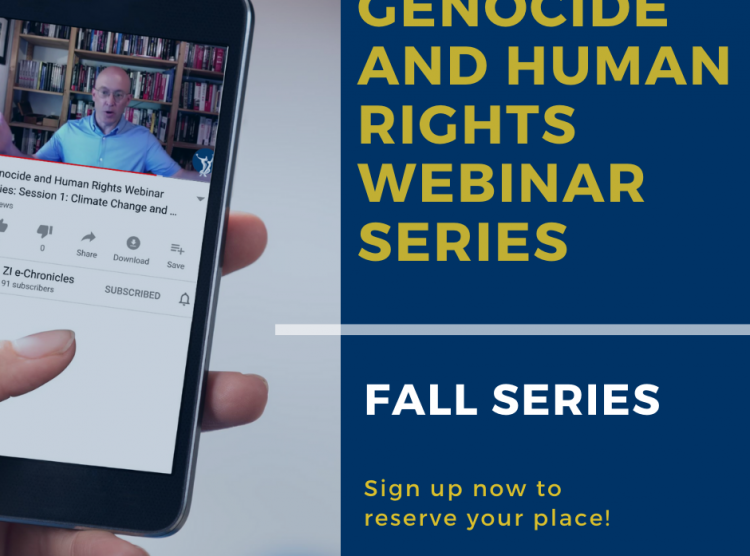