With great sadness, the Board of Directors, staff and volunteers of the International Institute for Genocide and Human Rights Studies (IIGHRS), A Division of the Zoryan Institute, mourn the loss of Professor Herb Hirsch, who passed away on January 21, 2019. Chairman of the Board of Directors of the Zoryan Institute, Dr. Roger Smith, spoke of his colleague, saying, “Dr. Hirsch was dedicated to his students and colleagues, his scholarly work, and to doing what he could to make the world a better place. He was passionate about defending the rights of all persons and especially in finding ways to prevent genocide and other human rights violations.  Above all, he was genuine, courageous, and a humanitarian  in both thought and deed.” 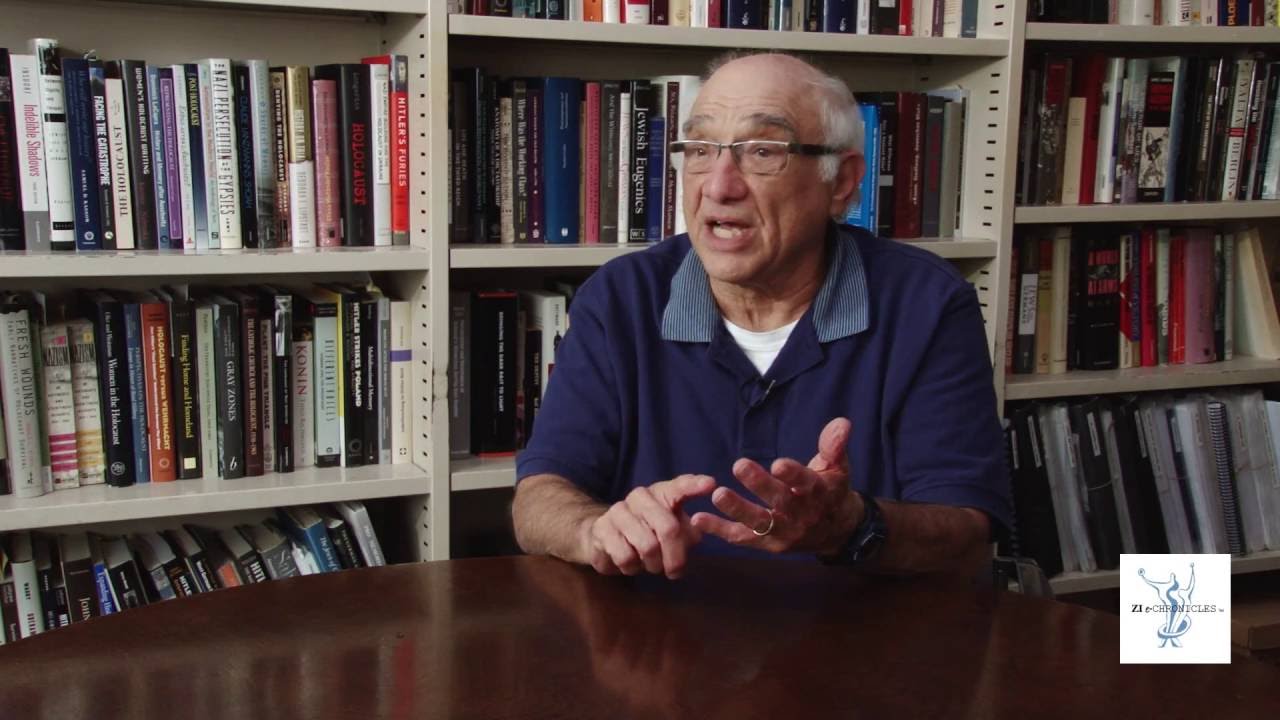 In 2005, Dr. Hirsch joined the Zoryan Institute’s Genocide and Human Rights University Program faculty. He taught various units to international students including the Holocaust, Bosnia and Kosovo. Since 2008, he was solely responsible for teaching genocide prevention, a subject about which he was personally deeply passionate. He actively encouraged students to think critically about governments and policies, and how they can be improved to support genocide prevention. Herb was one of the founding editors of Genocide Studies International, joining the team in 2005. The first issue of the journal appeared in 2006. His founding co-editors were Alex Alvarez, Sam Totten, and the late Eric Markusen. Dr. Hirsch is the only co-editor to be with the journal continuously since its founding, and helped shape its editorial policy, maintain its high quality, and contribute to its success. 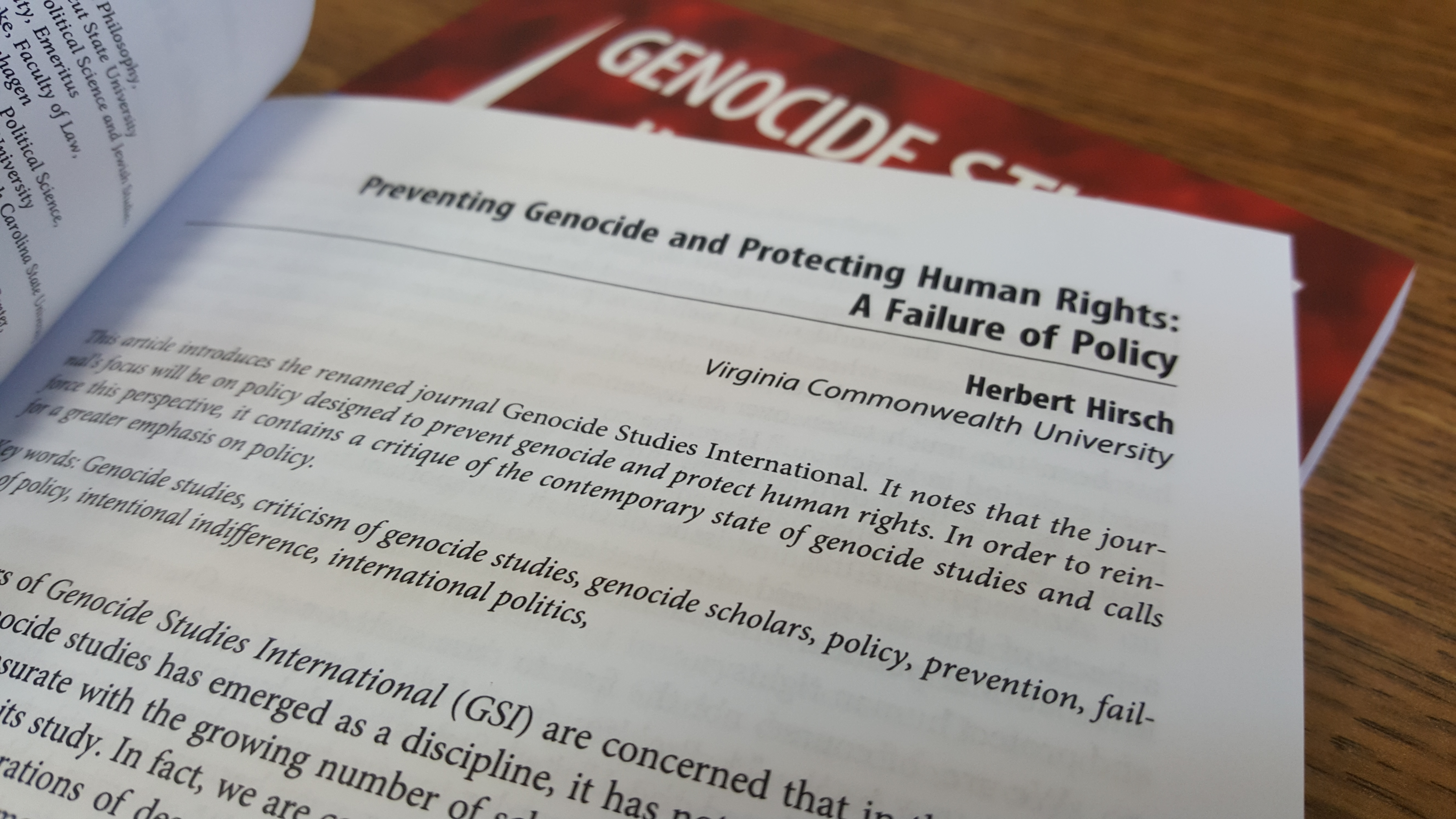 Dr. Herbert Hirsch was an exceptional scholar and the author of numerous books, articles and book reviews, including Genocide and the Politics of Memory (1995), and Anti-Genocide:  Building an American Movement to Prevent Genocide (2002). Throughout his career he taught at the University of Texas, Austin, and in the Department of Political Science at Virginia Commonwealth University in Richmond, Virginia where he taught courses on United States politics, political psychology, and the politics of war, violence and genocide with a focus on The Holocaust and human rights. In 1992, Dr. Hirsch gave a seminar for the policy planning staff at the U.S. Department of State. In addition to many presentations in the United States and Canada, he lectured in Australia, England, Ireland, Germany, Sweden, Bosnia, and Brazil.  Dr. Hirsch was selected as one of 30 scholars to participate in the Goldner Symposium on Post-Holocaust Ethics at Wroxton College in Oxfordshire, England, and was one of twenty-two scholars whose autobiography is included in the book, Pioneers in Genocide Studies: Confronting Mass Death in the Century of Genocide. 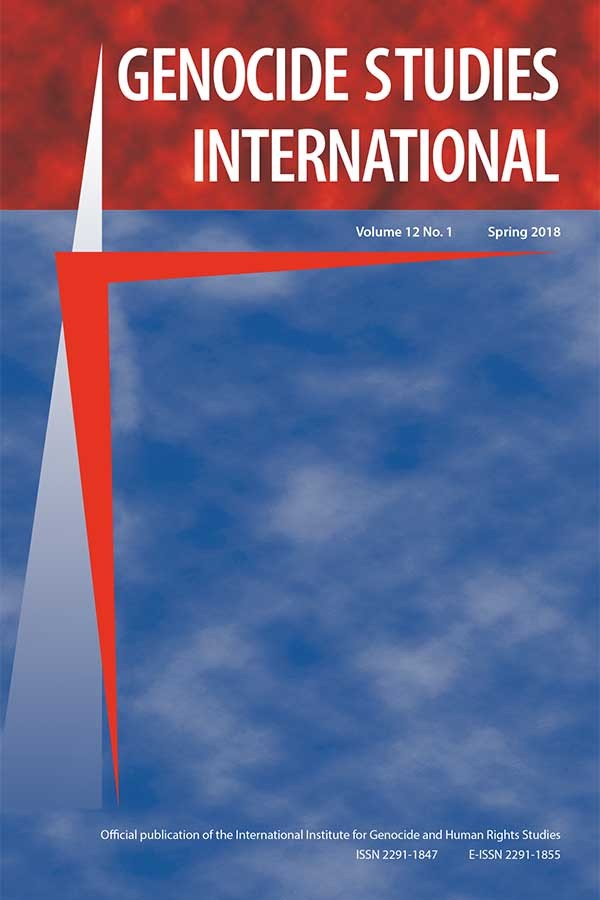 President of the Zoryan Institute, K.M. Greg Sarkissian spoke of Dr. Hirsch: “Dr. Herb Hirsch invigorated the thinking of myself, the staff, faculty, students and the entire family of the International Institute for Genocide and Human Rights Studies and the Zoryan Institute. Not a week went that we did not receive an email or article from Dr. Hirsch that deepened our understanding of genocide and genocide prevention. Over thirteen years, I have had the incredible opportunity to be exposed to issues from the critical perspective of Dr. Hirsch, a scholar who dedicated his entire life to these topics. My deepest condolences to his family on behalf of the entire Zoryan Institute Board of Directors, staff, and Zoryan friends. We will miss him.” Dr. Hirsch was a dedicated scholar, supporter of the Zoryan Institute and its mandate, and moreover, a dear friend. The Zoryan Institute, and the International Institute of Genocide and Human Rights Studies praise Dr. Hirsch for his efforts in raising genocide awareness through education, and the necessity of genocide prevention. The Institute wishes to acknowledge and honor his life’s accomplishments and extends deepest condolences to the Hirsch family in this difficult time. The Institute would like to share one of Dr. Hirsch’s wise responses, given to us in an interview. The Institute asked, what might the average person do to prevent mass atrocities and human rights abuses in the future? Dr. Hirsch stated: “I always tell people “small steps”. You do what you can… Within your own community, and you pressure your governments to put genocide on the agenda, to create policy interest in genocide, and in supporting human rights.”