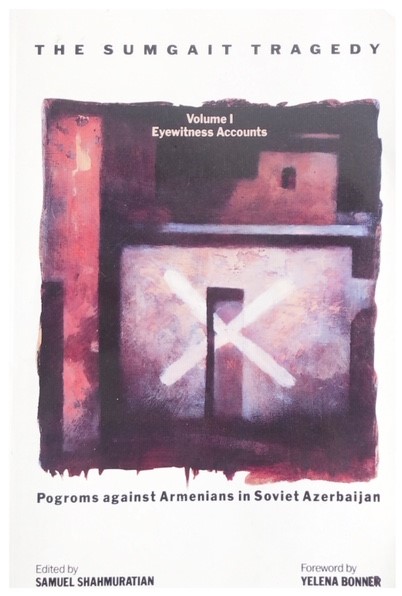 The pogroms against Armenians in February 1988 in Sumgait blocked a political solution to the peaceful demands of the Armenians for self-determination. They brought death to a community and ran people out of their homes. They showed the helplessness or unwillingness of a powerful government to protect its people.     In The Sumgait Tragedy, forty-five eyewitnesses and victims of the attacks tell what they saw and suffered. The accounts, based on tape-recorded interviews, also make clear what the Armenians did not see: a serious, effective effort by authorities to fulfill the first duty of any government - to protect its citizens. Why were warnings that violence was ready to flare up not heeded? Why did measures taken to halt the attacks come too late? How accurate is the Soviet description of the events as the violence of a small group of hooligans?     Such questions go beyond the fate of the victims of the Sumgait pogroms. They raise doubts about the motives of the current Soviet government and about its ability to meet the rightful demands of its peoples. As Yelena Bonner writes, "...our regime fears unsanctioned popular movements more than anything else... the government's lack of understanding and its inability to cope provided time for the dark forces to plan what happened in Sumgait."