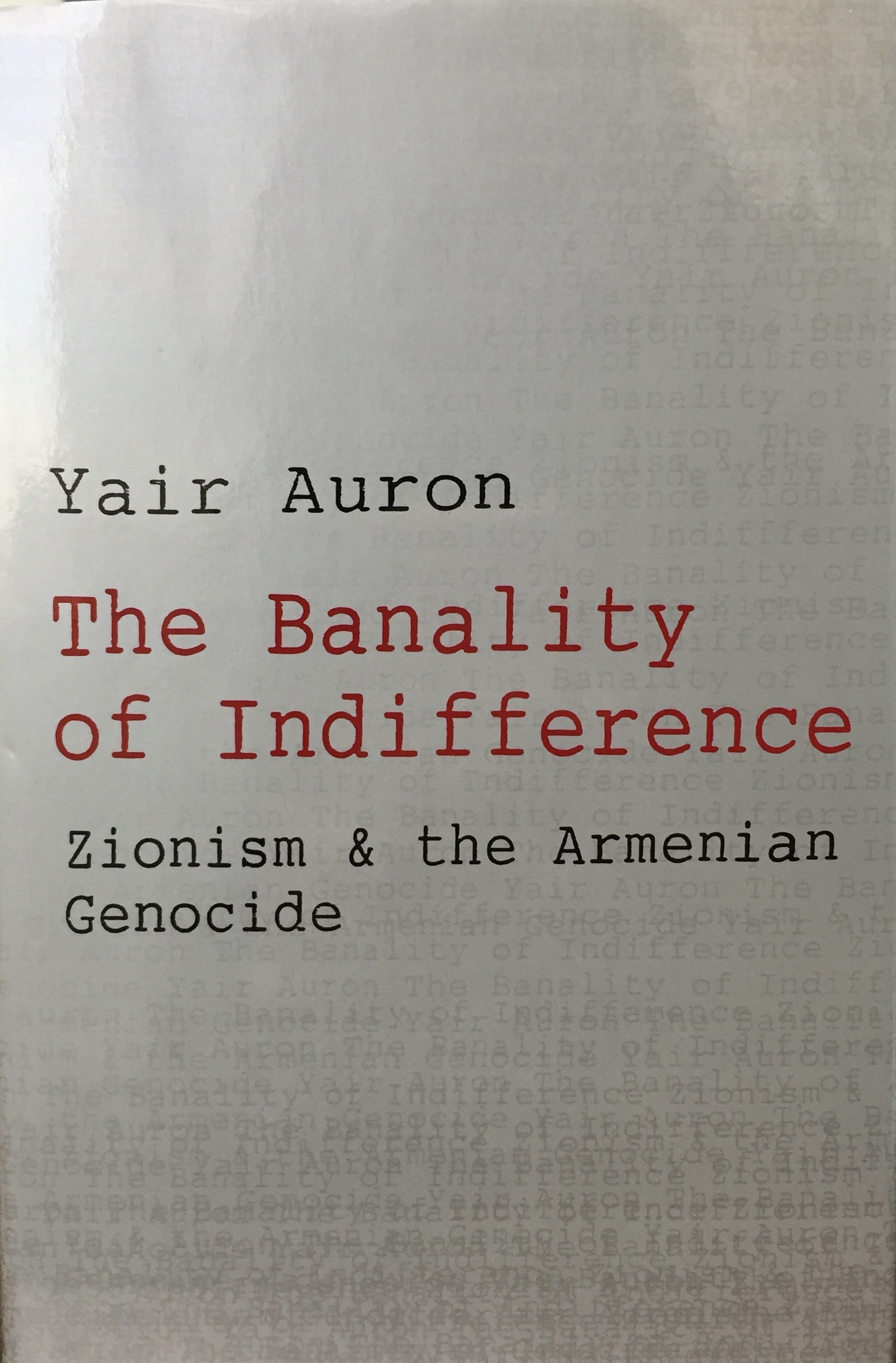 The Banality of Indifference

Israeli historian, Dr. Yair Auron, raises theoretical, philosophical, and moral questions about concepts of genocide and the uniqueness of the Jewish Holocaust. After a brief historical introduction, Auron discusses the reaction to the Genocide within the Yishuv in terms of practical assistance for and identification with the Armenians. The Jewish position was unquestionably difficult during the period of the First World War; Palestine was under Ottoman control, and Germany, a Turkish ally, was looked to by some Zionists as a potential source of support. Consequently, the official Yishuv reaction was muted and largely self-interested: there was no condemnation in journals, internal protocols, or letters. Auron does record instances of Jewish support, however: the Nili group, an underground intelligence organization, actively sought to aid the Armenian victims; Chaim Weizman and Nahum Sokolov publicly condemned the killings; and other Zionist writers and journalists expressed outraged identification with the Armenians and tried to arouse the conscience of the world. In attempting to analyze and interpret these disparate reactions, Auron maintains a fair-minded balance in assessing claims of altruism and self-interest, expressed in universal, not only Jewish, terms. This book seeks both to examine the passive Israeli attitude towards the Armenian Genocide, and to explore active Israeli manures to undermine attempts at safeguarding the memory of the Armenian victims of the Turkish persecution.