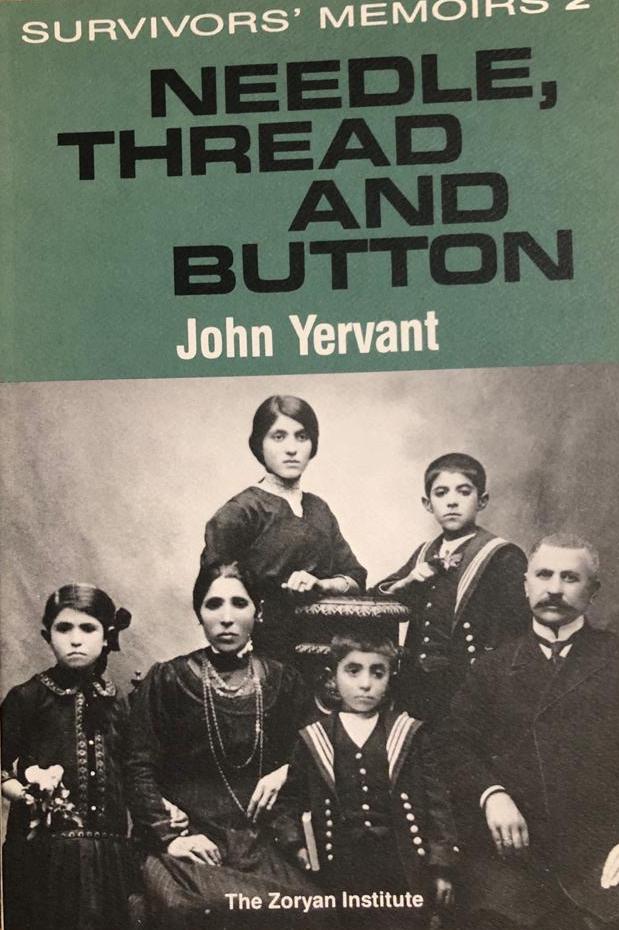 Born in Garin (Erzerum), the heartland of historic Armenia, young Yervant Kouyoumjian lived through the horrors of the deportations and massacres of Armenians under Ottoman rules during the First World War.  John Yervant witnessed the disintegration of his family and people as the deportations led him from Erzerum to Erzingan, Egin, Arapgir, and Malatia on their way to the slaughter houses in Northern Syria.  Young Yervant was able to escape death with his mother and reach Aleppo.  From there he went to Istanbul, then to the newly established Republic of Armenia, to Greece, Sicily, France and, finally, to America. Yervant Kouyoumjian, who later used his father's name and is also known as John Yervant, narrates here the story of his survival, apprenticeship in various trades, and successes as a performer and restauranteur. Currently retired and living in Washington, D.C., John Yervant Kouyoumjian recorded his memoirs in the 1960s.  The current volume is based on the transcriptions of those tapes and additional information obtained during interviews in 1985 and 1986 with the author.  The style remains conversational and unpretentious; it communicates the experience of the survivor with immediacy and a sense of humor.