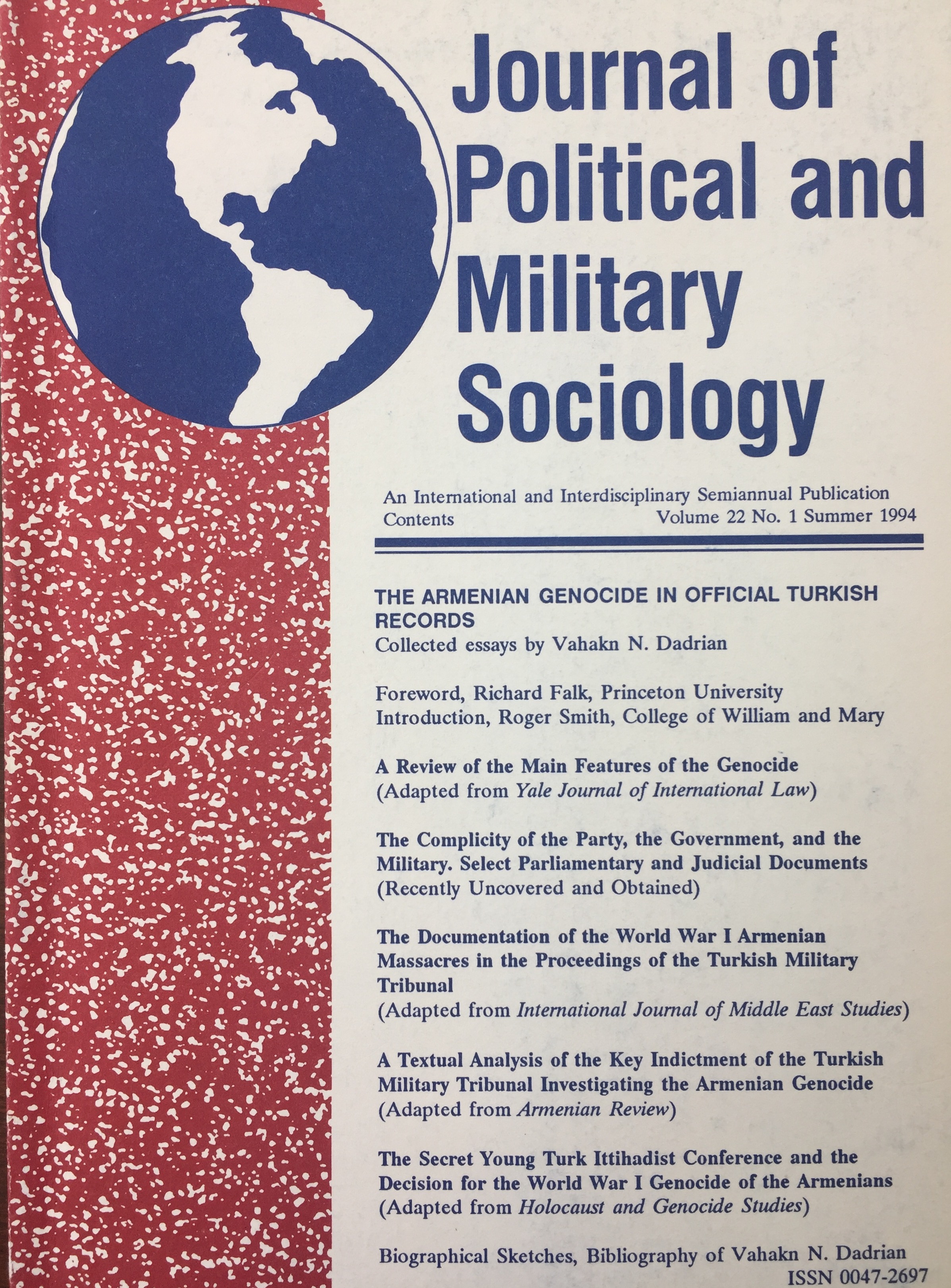 Journal of Political and Military Sociology: Volume 22 No. 1

The Armenian Genocide in Official Turkish Records: Collected Essays by Vahakn N. Dadrian. A Special Issue of The Journal of Political and Military Sociology. Vol. 22, no. 1 (Summer 1994). In the 1970s Prof. Vahakn Dadrian helped to create the field of the comparative study of genocide, bringing to his work an interdisciplinary perspective that joined sociology, history, and law, enriched further by his ability to drawn upon half a dozen languages. The archival work that he has done on three continents is the basis for the studies that appear in this special issue, studies that focus on documentation of the Armenian Genocide in Turkish sources and in those of Turkey’s World War I allies, Germany and Austria. The latter confirm that the Genocide took place, that it was centrally planned, and that a prominent motive for Turkey’s entry into the war was the cover war could provide for a final solution to the Armenian Question. Most of the documents are Turkish, and these too bear out the premeditated and intentional destruction of the Armenians. But the Turkish materials also allow Prof. Dadrian to describe in great detail, and with new insight, the organization and implementation of the Genocide. Almost all of the materials were uncovered by Prof. Dadrian and first made public by him. Most of the documents included in the article, “The Complicity of the Party, the Government, and the Military” are published here for the first time. The contents of this special issue are as follows: Foreword by Richard Falk Introduction by Roger Smith Articles by Vahakn Dadrian: • A Review of the Main Features of the Genocide • The Complicity of the Party, the Government, and the Military: Select Parliamentary and Judicial Documents • The Documentation of the World War I Armenian Massacres in the Proceedings of the Turkish Military Tribunal • A Textual Analysis of the Key Indictment of the Turkish Military Tribunal Investigating the Armenian Genocide • The Secret Young Turk Ittihadist Conference and the Decision for the World War I Genocide of the Armenians