Art For Peace: A Film Screening of Gate to Heaven and a Q&A with Director Jivan Avetisyan 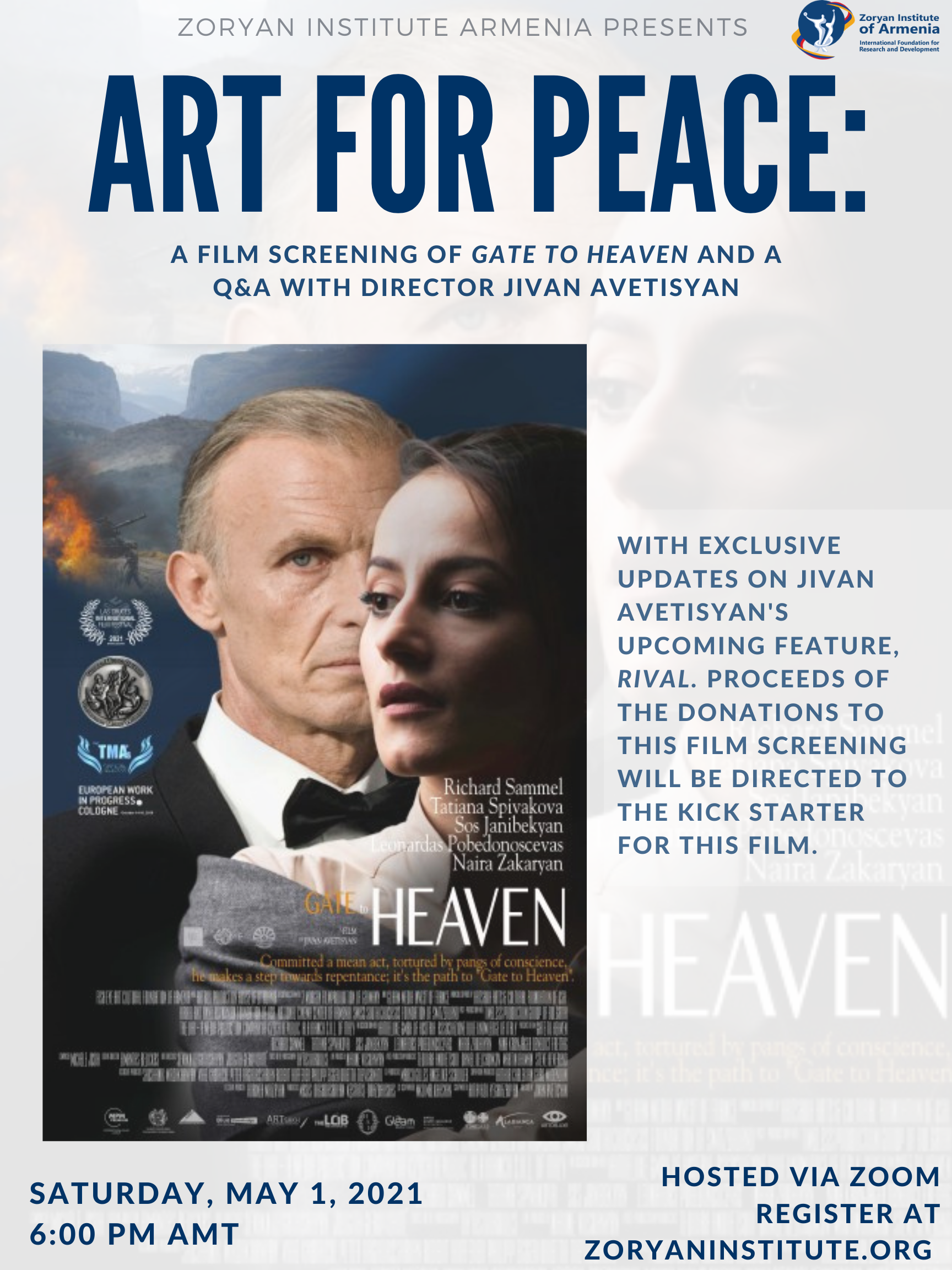 With the recent events of Second Artsakh War, Zoryan Institute Armenia has the pleasure hosting an exclusive online screening of the film, Gate to Heaven, followed by a Q&A with Director of the film, Jivan Avetisyan.

Gate to Heaven tracks the story of Robert Sternvall, a German journalist, who returns to Artsakh in 2016 to cover the war which has been reignited after a 22-year ceasefire. As a result of his journalistic investigation, Robert meets Sophia, a young opera singer, who happens to be the daughter of missing photojournalist Edgar Martirosyan, whom Robert abandoned in captivity during the fall of the village of Talish in 1992.

Following the screening of the film, Jivan will be discussing his new film, Revival.

Revival is a film that tells the story of the 4-day April war of 2016, with a focus on Armenians living in the Diaspora. As the script for this film was nearing completion in 2020, the Second Artsakh War broke out. The filmmakers are currently making adjustments to the script and have filmed new material from the frontlines of the 2020 war.

Proceeds of the donations to this film screening will be directed to the kick starter campaign for Revival.

The Zoryan Institute Armenia has partnered with Jivan Avetisyan to help bring the story of the recent Second Artsakh War to an international audience. Your donation is greatly appreciated.