Animating History: How the Zoryan Institute Brings the Testimonies of Genocide Survivors to Life

July 8, 2019, TORONTO: Can you imagine if you, as a kid, could see the animated story of your grandparents on screen? What if you could watch them recount their life story and learn more about who you are and where you come from? What if you could not only listen to the testimonies of Armenian genocide survivors, your grandparents or great-grandparents, from the survivors personally, but also watch the story in animation on screen?

The Zoryan Institute is working to make that a reality! The Institute, in partnership with BARS Media of Armenia, is converting its oral history accounts of the survivors of the Armenian genocide into animation. To illustrate the courageous and inspiring life story of one such survivor, Aurora Mardiganian’s testimony will be the first to be made into an animated film, titled Aurora’s Sunrise. The film is to be shown worldwide some 100 years later since the first silent movie of 1919. 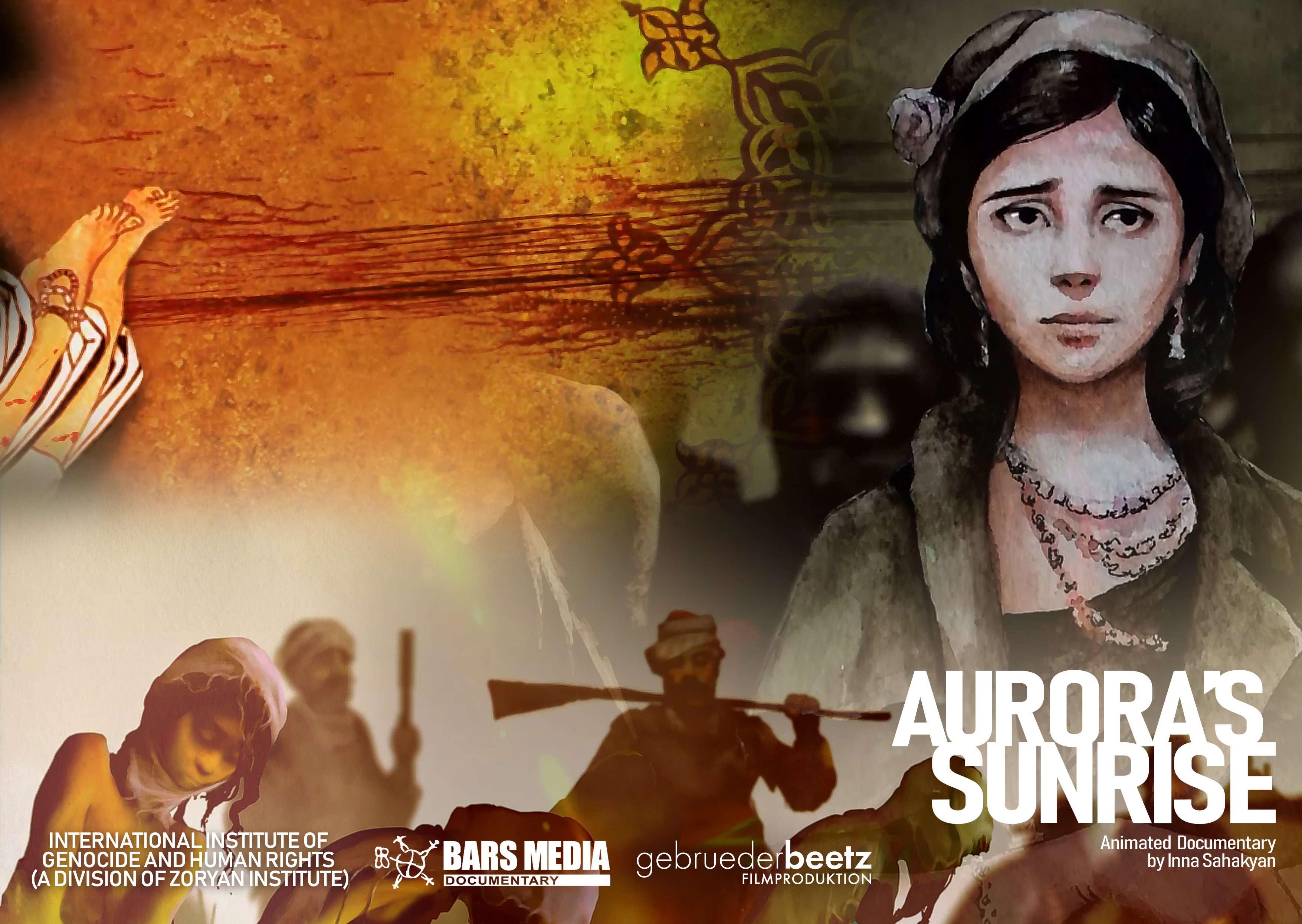 Aurora Mardiganian was one of the biggest celebrities of the Golden Age of silent film. She was a survivor of the 1915-1918 Armenian Genocide, a refugee turned actress, and the unlikely star of one of the highest grossing films of her time.

As described in her interview, three years after her escape from the Armenian Genocide as a teenager, Aurora wrote the best-selling book, Ravished Armenia, in which she shared her harrowing experiences. A year later, she starred in a film adaptation of the book which became one of the biggest blockbusters of the silent era. Aurora was also the face of an unparalleled humanitarian campaign for victims of the genocide that raised awareness and over $30 million in 1919 for genocide survivors in the Near East.

Along with breathtaking animation and recovered segments of Aurora’s original silent film, Aurora’s Sunrise resurrects her inspiring story of female empowerment. Aurora stands alongside figures such as Anne Frank, Malala Yousafzai, Nadia Murad as a champion of human dignity. She is not a victim but a hero—a fighter for justice and humanity.

Through this medium, future generations will be exposed to engaging and visceral adaptations of the Zoryan Institute’s Oral History Archives. The Archive can be used to illustrate not only Aurora’s story, but the thousands of hours of filmed interviews in the collection including the Institute’s interview with non-Armenian survivors of the Armenian Genocide such as Eleanor Ussher-Baker.

Ussher-Baker was the daughter of the medical missionary, Clarence Ussher, who served as a doctor and missionary in Marsovan, Harput and Van from 1898 to 1915 and was a witness during the massacres of Van in 1915.

This project is a massive undertaking and still requires a great deal of time as well as human and financial resources. A project of this caliber and importance can cost upwards of $1 million. Aurora’s Sunrise has received a commitment from ZDF/ARTE, one of the biggest public broadcasters in Europe to include Aurora’s Sunrise in one of the six spots on their channel dedicated to theatrically released documentaries. The film has also won support from Eurimages, “Best Pitch” at the Belgrade Women in Film’s Film Festival and the “Best Project” award from the Armenia-Turkey Cinema Platform. The film is scheduled to be premiered in 2020.

The Institute is especially excited about its Oral History archives and this initiative to convert Oral History testimonies, which the Institute has been preserving for the past three decades, into animated film. This will come to life through the artistic and cinematic talents of its partners at BARS Media in Armenia.